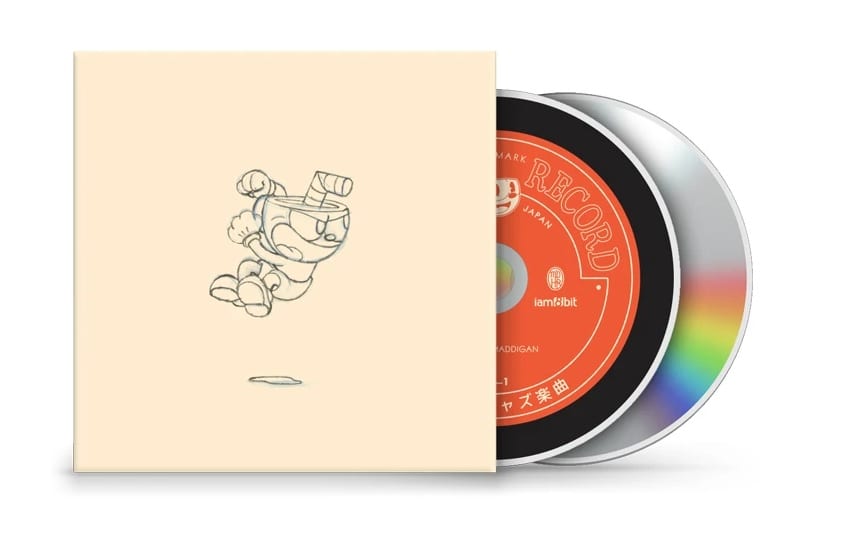 Earlier today, we learned that the StudioMDHR’s hit game Cuphead is now available on the PlayStation 4. In case that wasn’t enough Cuphead news for you, iam8bit has announced they will be releasing a CD set featuring music and art from the game.

This two-disc CD set will include 12 variant tracks from Cuphead in addition to two never-before-released tracks. The soundtrack is composed of lively 1930s big-band jazz style songs from the game.

In addition to the two CDs, the set will include an exclusive booklet featuring archival Cuphead artwork. This booklet even includes linear notes by the Kristofer Maddigan, the composer of the game’s soundtrack, for the first time ever.

The description on iam8bit’s website explains what you can expect from this CD set:

The rollicking, lively jazz of Cuphead is a musical institution of modern game soundtracks… which is a bit of an oxymoron, considering it is truly a blast from the past. It’s a score that defies convention, boasting a 1930s style big band luster that can only be achieved by recording super talented humans playing actual old-school instruments in a studio. The tunes have become so popular globally that StudioMDHR and iam8bit Japan teamed up to release a 2-CD set, featuring — for the first time ever — composer Kris Maddigan’s extensive liner notes, because he’s simply never written down his thoughts on the inspiration for and creation and recording of the Cuphead soundtrack until… right now!

The set is an import from Japan, and while the release is slated to ship during Q4 2020, the website reminds customers that there may be slight delays “due to current world events.”

The two-disc CD and booklet set are available for pre-order now through iam8bit’s website for $39.99.

If this CD set is something that might interest you, you can check out the YouTube video below that shows a behind-the-scenes look at a big band recording session for Cuphead and the style of music you can expect to hear on the CD.