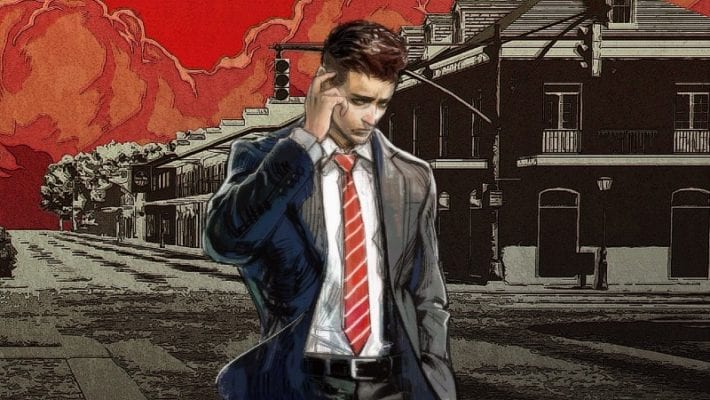 Written and directed by Hidetaka Suehiro, or Swery65 as he’s more commonly referred to in the industry, Deadly Premonition 2: A Blessing in Disguise is finally available on the Nintendo Switch. While the game is technically a sequel, players will spend most of their time recounting an older case that York had solved before the Greenvale incident. Here’s how to fast travel in Deadly Premonition 2.

Just like the first game, Deadly Premonition 2 features a fairly sizable open world that you can explore. You can get around pretty quickly by traveling via skateboard, but as you uncover more locations, you’ll probably want to start using the fast travel feature to save time.

Fast travel is unlocked pretty early on in the game, as you make your way back to the hotel to pass the time. On your way back, a cutscene will trigger and you’ll be introduced to a character named Raven Yahoo, who introduces her Y-Vern service.

After this cutscene, you’ll unlock fast travel. From this point on, you’ll want to look out for a stack of tires with a red balloon tied to them all over the open world, as these are indicative of a fast travel point. Simply head to the tires and press the A button to interact with them, and you’ll have unlocked it as a fast travel point.

From the hotel, you can also speak with the concierge and quickly teleport to any location you’ve already discovered. Using the Y-Vern service will cost you a few dollars, but it’s definitely worth it in the long run. It’s also worth noting that the price increases the further away your destination is.

That’s all you need to know about how to fast travel in Deadly Premonition 2. Be sure to search for Twinfinite for more tips and information on the game.