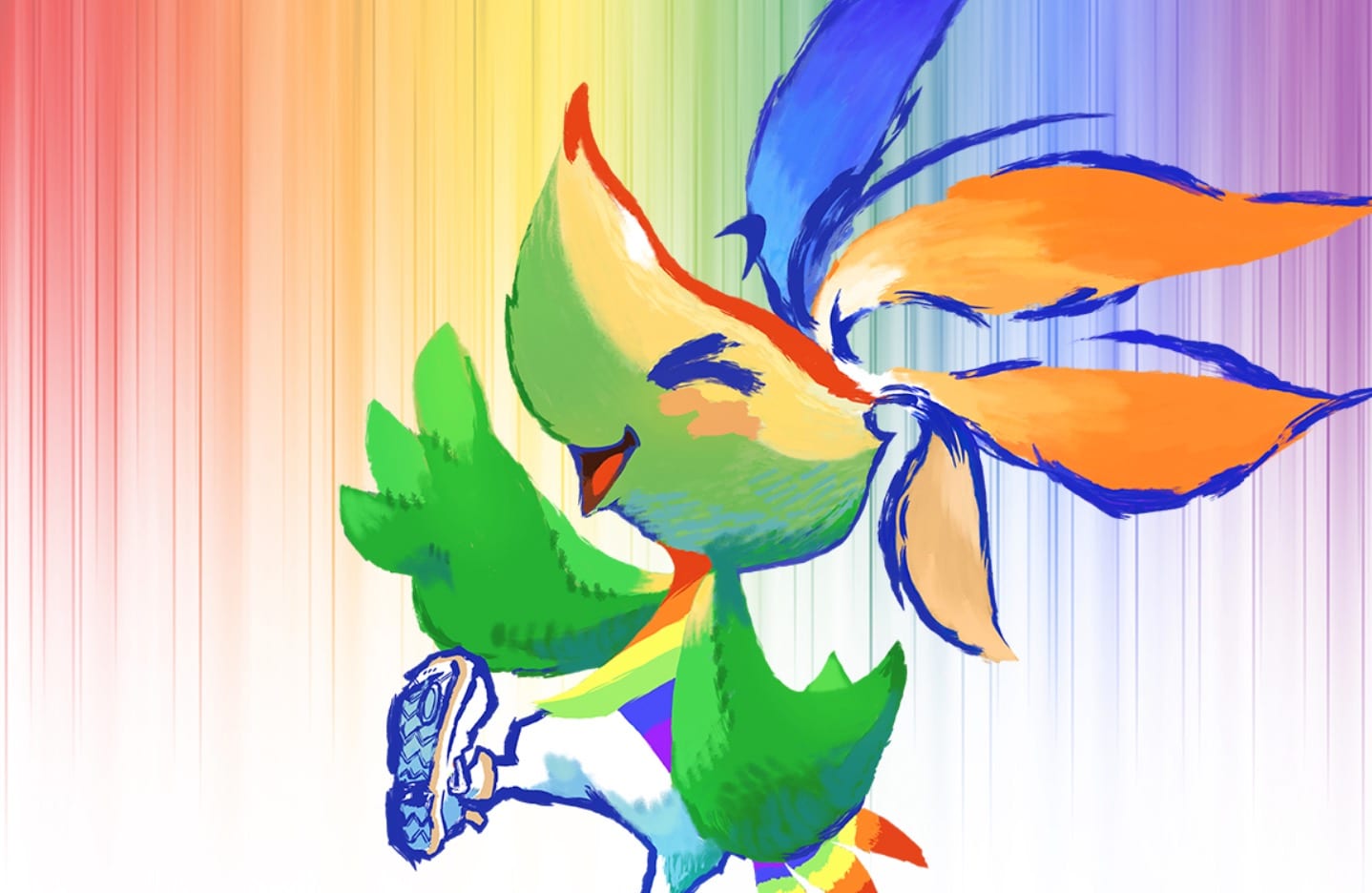 Every year the LGBTQ+ community celebrates everything queer during the month of June and Square Enix has decided to join in on the festivities and show its support of Pride Month by unveiling the company’s new Pride mascot.

Published on a blog post on Square Enix’s official website, the charming new, rainbow-colored character doesn’t seem to have a name but it was designed by legendary Final Fantasy artist, Toshiyuki Itahana, who has lent his artistry talents to games such as Final Fantasy IX, the Crystal Chronicles series, and the Chocobo spin-off series.

And according to Itahana, the mascot represents much more than just a colorful piece of artwork:

“The character represents diversity and freedom, with its multitude of colours being the diversity aspect and the trainers and wings that allow it to travel anywhere symbolizing freedom. I designed this character hoping that the world can become even more free and diverse in the future.”

You can see the entire image of the new Pride mascot down below in a tweet from Square Enix.

Thank you Square Enix for showing support and honoring the LGBTQ+ community.