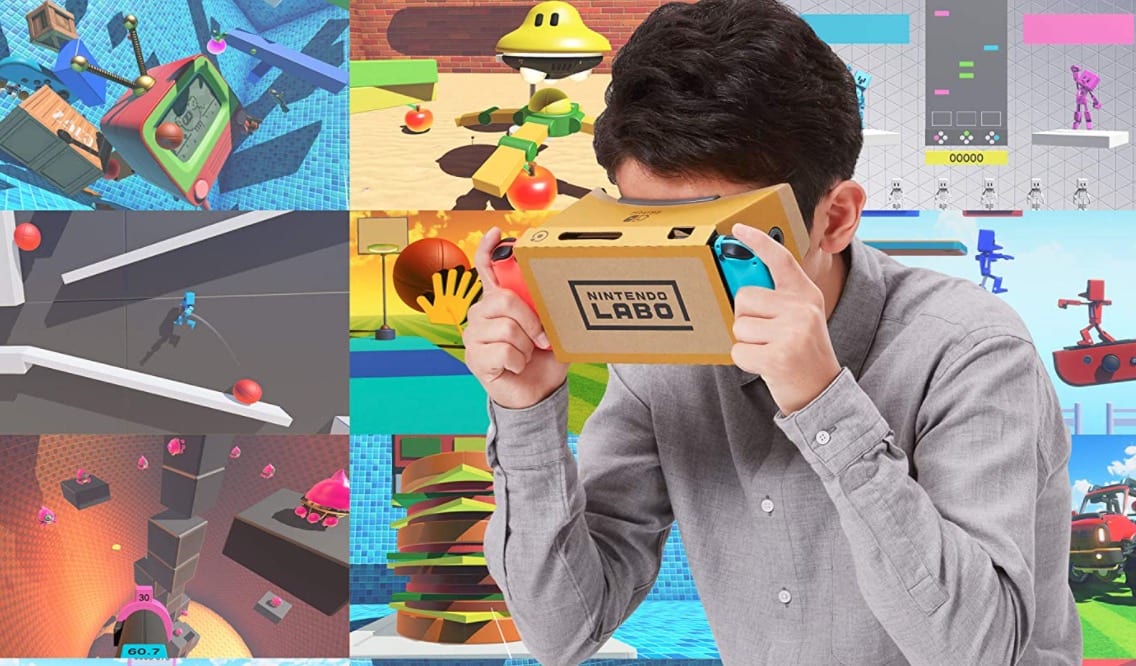 For these last few months, it has been hard for Nintendo fans to get their hands on certain products like the workout Switch game, Ring Fit Adventure, and even a Nintendo Switch console itself. But if you’ve been on the hunt for some cardboard crafts to pass the time, select Nintendo Labo kits are on sale right now for $19.99 on Amazon, which is an absolute steal.

The Nintendo Labo VR Kit Starter Set, originally priced for $40, will allow you to experience family-friendly mini-games in virtual reality, and yes, it’s all done through cardboard and some goggles. This blaster set will get you started and if you end up enjoying yourself, you can seek out the other VR kits.

The other Nintendo Labo kit that’s currently on sale is the Vehicle Kit, which comes with buildable pieces of cardboard to allow you to play a racing, submarine, and plane mini-game. This Kit is the one that I would recommend considering it’s originally priced at $70 –that’s a $50 discount!

Also, it’s worth mentioning that several Nintendo Switch titles have been updated to take advantage of the Labo VR Kit, such as Breath of the Wild, Super Mario Odyssey, and Super Smash Bros. Ultimate. If you ever dreamed of playing a Zelda game in VR, well, now you can.