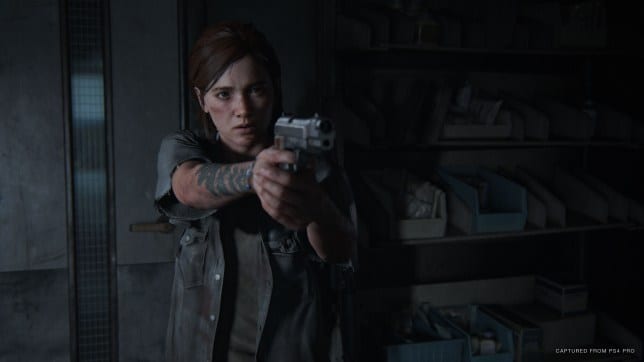 The Last of Us Part 2’s level design is such that it encourages players to go exploring. If you take the time to branch off from the main path and scavenge abandoned buildings, you’ll often find useful supplies and equipment. In some cases, you’ll come across locked doors and safes that require a particular combination. Here’s the tunnels door code in The Last of Us Part 2 if you’re struggling to piece together the clues.

Midway through ‘The Tunnels’ section of The Last of Us Part II, you’ll come across a locked door. Similar to other locations in the game, deciphering this particular code is all about scanning the immediate area for clues.

Nearby you should have come across a note that alludes to the code having something to do with a vending machine. If you look around, you’ll see several nearby, and inspecting on, in particular, will yield the code. It’s the very last one in the line, which can be opened with a melee weapon.

You’ll then be able to pick up a soda can that has the code written on the reverse side. Well, most of the code anyway — it has ‘1-5-2-?-?’ written on the back. Luckily, it isn’t too hard to work out the rest.

If you inspect the door, there’s really only two possible options the last two numbers can be. The correct sequence for the tunnels door code is: 1-5-2-4-3.

So what’s behind the door that’s worth all the bother? Well, apart from several useful crafting resources, you’ll be able to grab the Long Holster if you don’t have it already, which allows you to quick switch two pistols (as opposed to having to hold square and cycle it manually). It’s super handy in the heat of combat.

That does it for what the tunnels door code is in The Last of Us Part 2. For more useful tips and guides on the game, be sure to check out Twinfinite’s guide wiki page.

Prison Architect: How to Find and Remove Tunnels