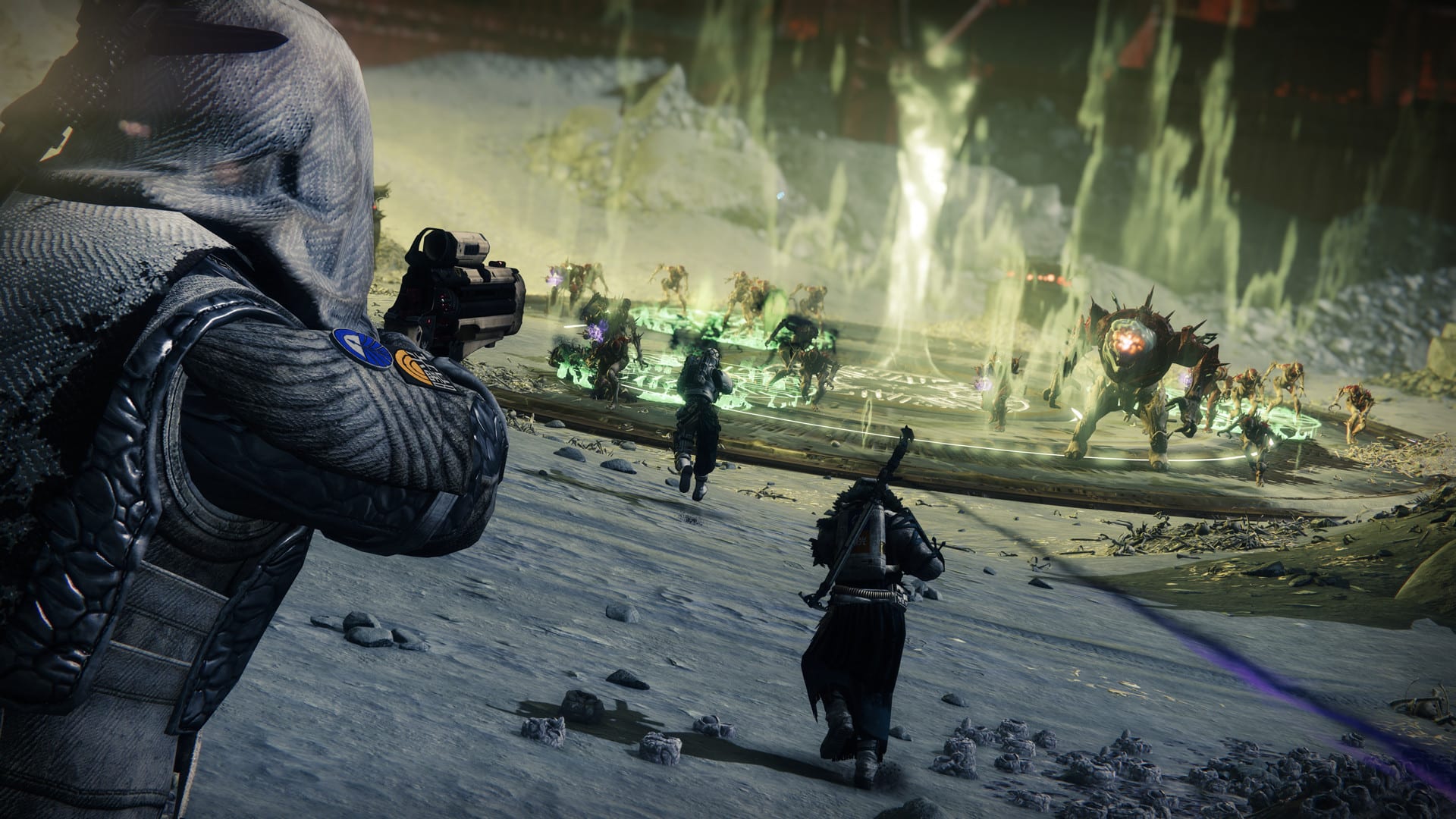 The Season of Arrival is officially underway in Destiny 2, which of course means that there’s a lot of new content for players to get into. There are new weapons and gear to collect, as well as new weekly activities to participate in so you can farm new currencies. Here’s how to complete the Means to an End mission in Destiny 2.

Completing Means to an End in Destiny 2

Before getting started, you’ll first need to complete the first two main missions that you get in Season of Arrival. These introductory quests will get you familiar with Umbral Engrams and the Prismatic Recaster in the Tower, near the Drifter’s location.

After you’ve completed the quest step that requires you to play a Strike, Gambit, or Crucible match, you can return to the Drifter and start the Means to an End quest step. Interact with the Prismatic Recaster to claim it, and you’ll have it in your quest log.

The first step of this quest requires you to complete the new Contact public events on Io or Titan. This is basically the same thing as what you’ve already done in the earlier steps, but you’ll need to do them again to fill up the quest progress bar.

Whenever Contact pops up for either Io or Titan, head over there to participate in the event. It’s fairly simple and functions similarly to the Gambit mode, except you don’t have to worry about the PvP elements at all –just bank motes and fight off waves of enemies to complete it.

The second step of Means to an End requires you to collect Umbral Traces in any of these game modes: Nightfall, Nightmare Hunts, and Crucible Control. Once you’ve filled up the bar, you’ll have completed the step and you can head back to turn it in and collect your reward.

The reward here is 200 Altered Elements, which is a new currency needed for activating your Umbral Engrams and collecting gear.

That’s all you need to know about how to complete the Means to an End quest. Be sure to search for Twinfinite for more tips and information on the game.