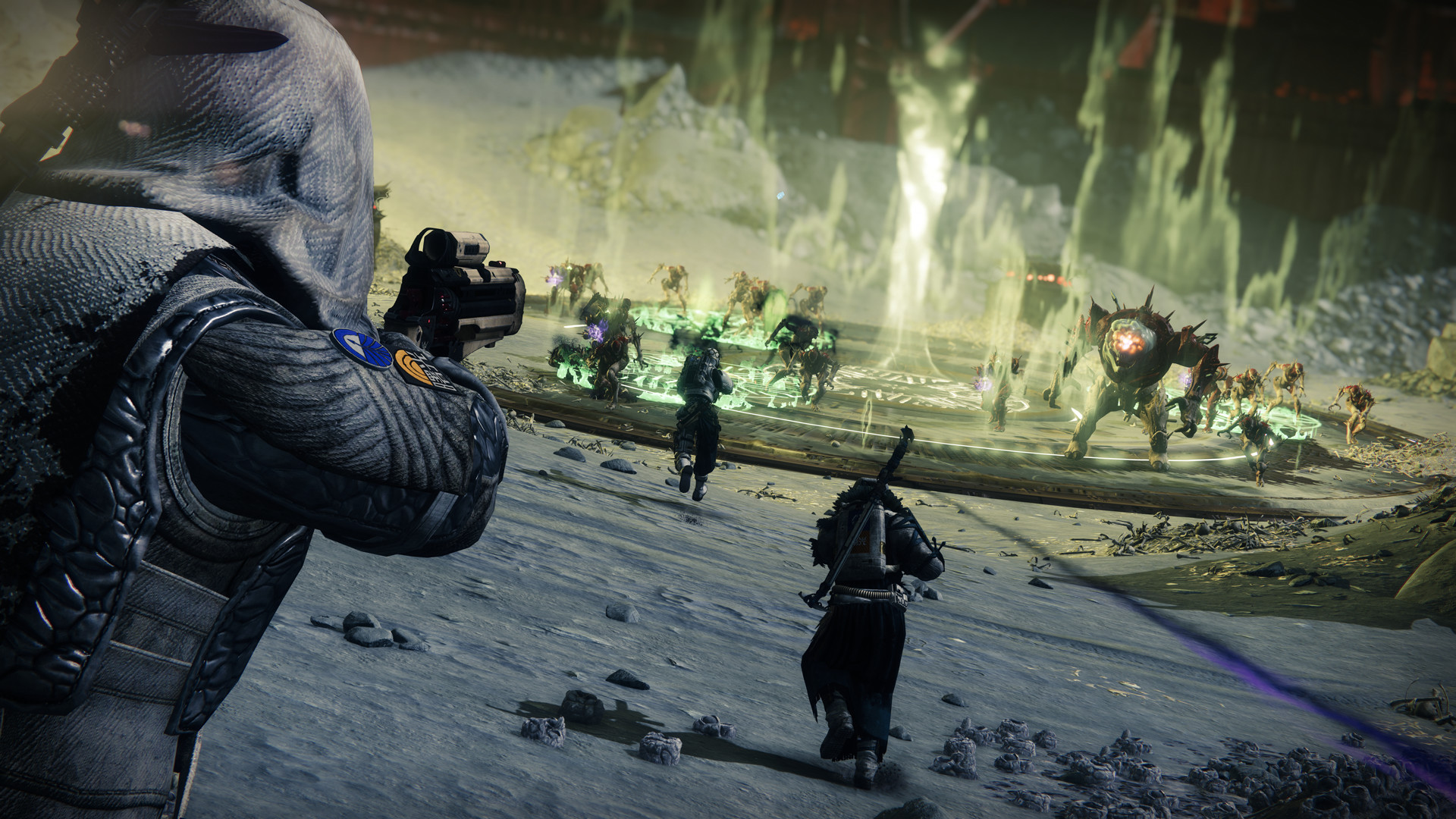 The Season of Arrival is officially underway in Destiny 2, and there are new Exotics to claim, new activities to participate in, and of course, a new Season Pass for you to rank up. Here’s how to get Filthy Lucre in Destiny 2.

Getting Filthy Lucre in Destiny 2

Filthy Lucre is a resource you’ll need to collect for an Exotic Catalyst. First off, you’ll need to redeem your Witherhoard Exotic Grenade Launcher from the Season Pass screen, and you’ll then be able to talk to Banshee to get the quest steps for the Witherhoard Catalyst.

The first couple of steps are pretty easy, but soon enough you’ll reach the quest step that tasks you with collecting 300 Filthy Lucre, and that’s where the grind begins.

To obtain Filthy Lucre, you’ll need to complete matches in the Gambit, Crucible, and Nightfall modes. For the PvP game modes, the good news is that you don’t have to actually win those matches; just completing them will count towards your progress.

However, the downside is that your Filthy Lucre progress goes extremely slowly, and each match will usually only reward you with 2, meaning you have to play about 150 matches to complete the step. It’s certainly doable, but if you want to speed up the farming process, you’ll need the paid Season Pass.

Paid Season Pass holders will be able to rank up as they play, and once you reach ranks 11 and 22, you’ll receive a Catalyst Enhancement item.

At rank 11, your Filthy Lucre progress will double, and at rank 22, it’ll triple, making the process a lot faster and you’ll be able to get your Catalyst quicker.

If you don’t have the Season Pass, though, you’ll need to do it the old-fashioned way and grind out the matches slowly until you complete the step.

That’s all you need to know about how to get Filthy Lucre in Destiny 2. Be sure to search for Twinfinite for more tips and information on the game.