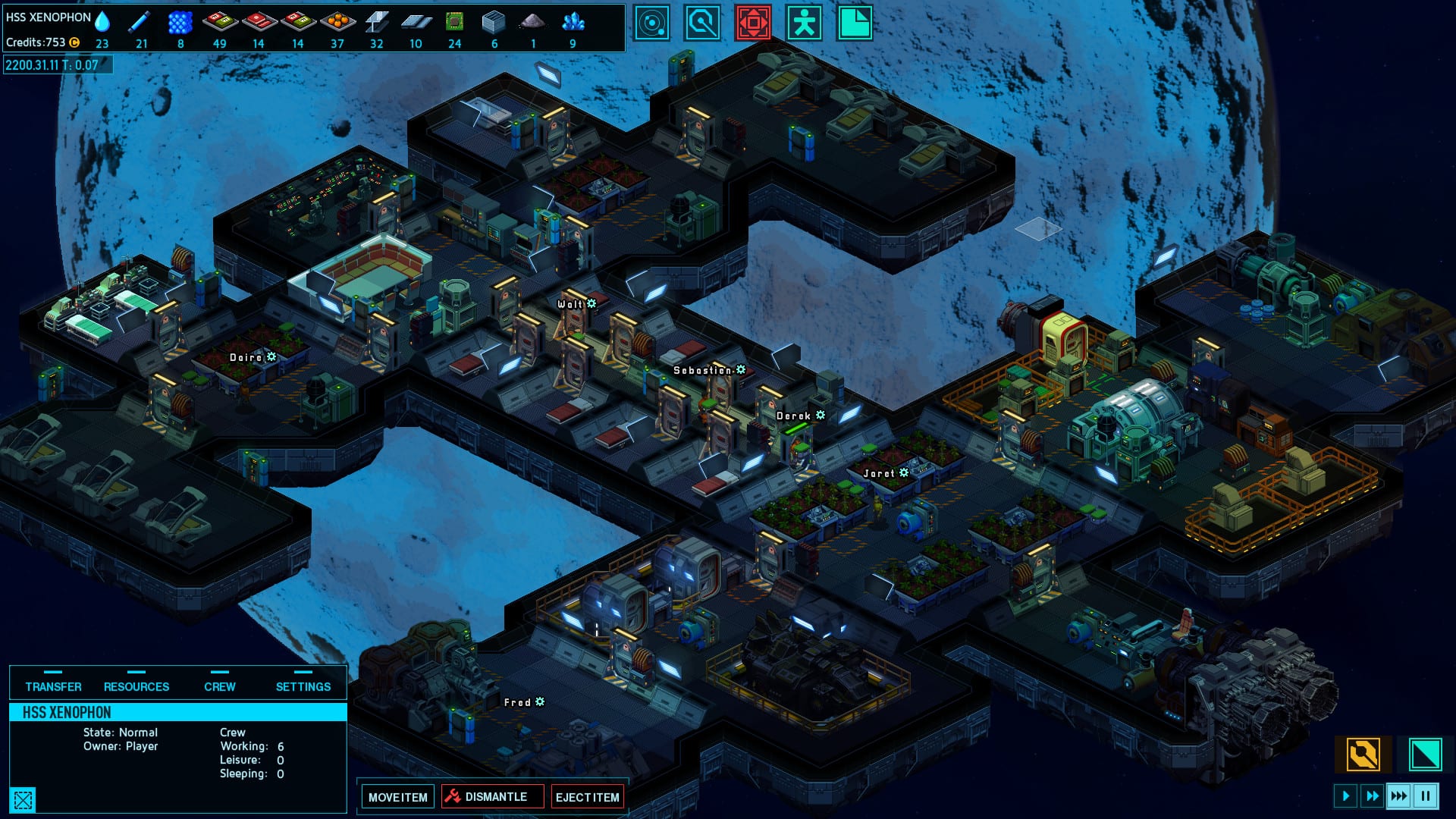 While most playthroughs of Space Haven offer ways to salvage the experience no matter what happens, others will see you left stranded on a broken ship with little else to do but wait for death. In these situations, you’ll probably be asking yourself: Can you abandon ship in Space Haven and swap over to a new craft nearby?

Can You Abandon Ship in Space Haven? Answered

To cut right to the chase, no, you can’t abandon ship in Space Haven.

While there are other ships you can find and even enter in the game, they can’t be used to live on and travel with like your main ship. Instead, they can only be used as a source of resources via salvaging.

This leaves your initial ship as the only vessel you can pilot, build off of and upgrade throughout the game. As a result, if you bungle its development you won’t be able to hop aboard another craft and start building off of that unless you start a new game from the main menu.

Will Abandoning Ship Ever Be an Option in the Game?

As for whether or not the option to abandon ship will be added to Space Haven in the future, the chances are actually decent.

As it stands, the title is still in early access, meaning it could still be a ways away from containing all of the features its developer Bug Byte would like to include.

This means that if enough people request the feature during its early access period – and if Bug Byte has the necessary resources to add it in – the option to leave behind your first ship and man a new vessel could become available in the final version of the game.

Hopefully this cleared up whether you can abandon ship in Space Haven. For more on the game, check out our guide on how to salvage materials from derelict ships.