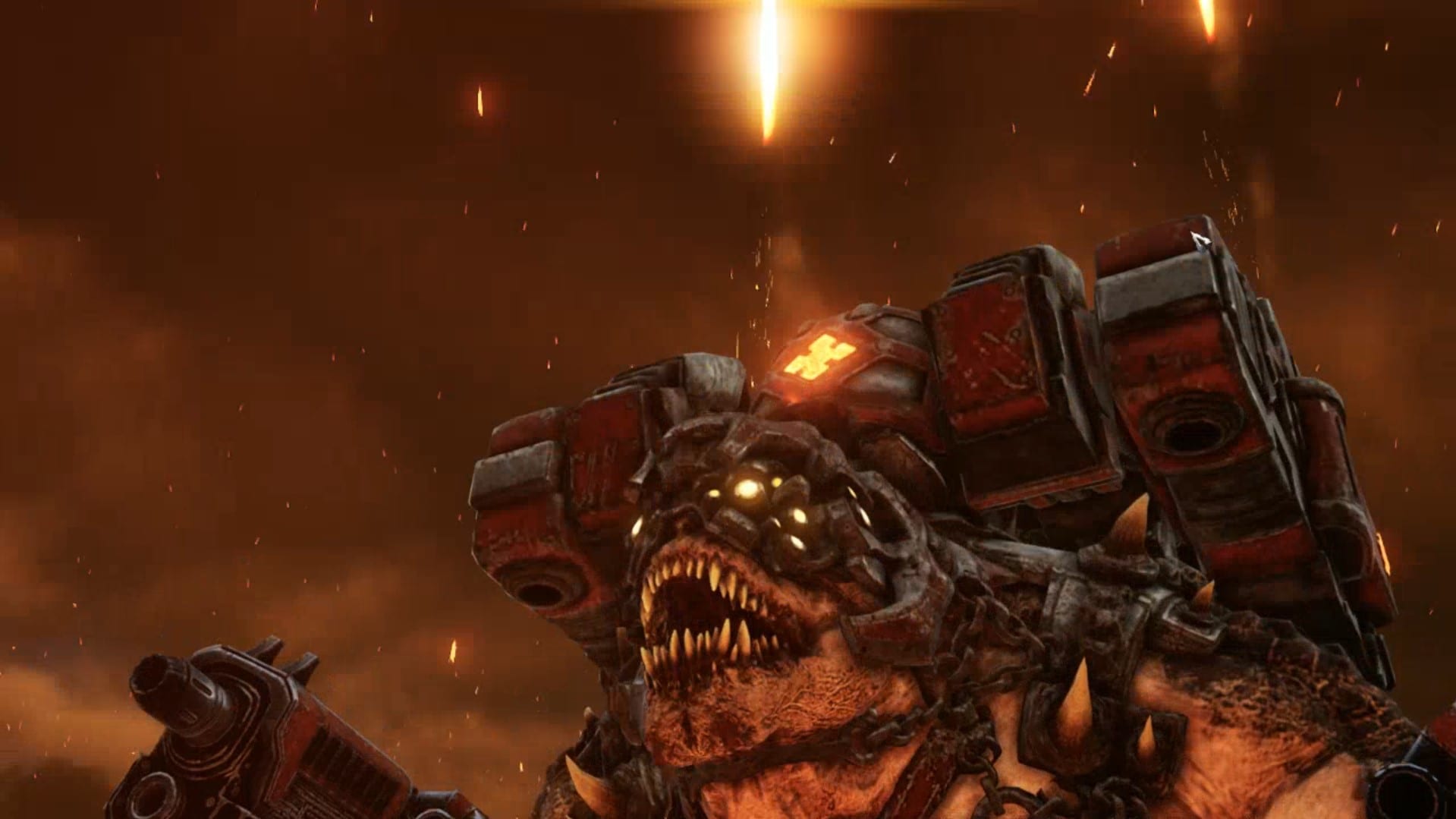 Once you’ve beaten the Gears Tactics campaign, you’ll automatically be thrown into its Veteran mode. This is essentially a conveyor belt of tough missions for players to grind through in order to unlock the best gear for their squad.

Players will first have to grind through three Veteran Side Missions. Completing these gives you a chance of earning aforementioned powerful gear, while also unlocking a Veteran Mission. Complete one of these and you’ll increase your Veteran Level.

While the mission types remain the same and the difficulty is only ramped up a little, Gears Tactics’ Veteran Mode is sure to keep the most dedicated fans happy for hours on end. Even if its Veteran Level is for nothing more than bragging rights at this moment in time.

If you thought the Gears Tactics’ campaign was tough when you were playing through on Intermediate difficulty, just try your hand at an Ironman mode playthrough instead.

This mode can only be enabled or disabled when starting a new game. When turned on, this prevents players from being able to restart missions or back up. In other words, once you’ve made a mistake, you’re stuck with it for good.

Expect to lose plenty of your Troops for good if you’re not careful, and for more than your fair share of expletives being shouted when that Boomer just won’t stop peppering your units with its Boomshot grenade launcher.

If you can conquer Gears Tactics’ Ironman mode, you may be ready for an even tougher challenge.

Play Again on a Harder Difficulty

With Veteran Mode exhausted and an Ironman mode playthrough under your belt, you’re ready to ratchet up the difficulty that little bit more.

Starting off an entirely new campaign for a potential third time might sound nightmarish, but unless you’re a real glutton for pain, we’d advise against enabling Ironman Mode on the ‘Insane’ difficulty.

For those looking for a real challenge, however, playing through Gears Tactics on Insane difficulty should be on the cards for you. Upping the difficulty not only increases enemy health and the damage they output, but the AI will be a little more tactical and strategic in its moves. You’ll need to up your game if you’re going to compete.

Grind Out All the Achievements

If you’ve polished the most difficult of playthroughs off in Gears Tactics, all that’s really left is to grind out the remaining achievements you’ve yet to get.

That means you’ll need to complete at least 20 Veteran Missions, kill 10,000 enemies, upgrade each Hero’s primary weapon with all Legendary mods, complete 100 missions without any of your units dying or being downed, and use various unit skills to achieve certain things in combat.

There’s a lot of grinding, in other words, if you’re looking to get the full 1,000 Gamerscore on offer. For those that can’t get enough of the gory tactics action, though, this is more than likely excellent news.

There you have what to do after beating Gears Tactics. For more tips, tricks, and guides, search for Twinfinite, or check out more of our coverage below.