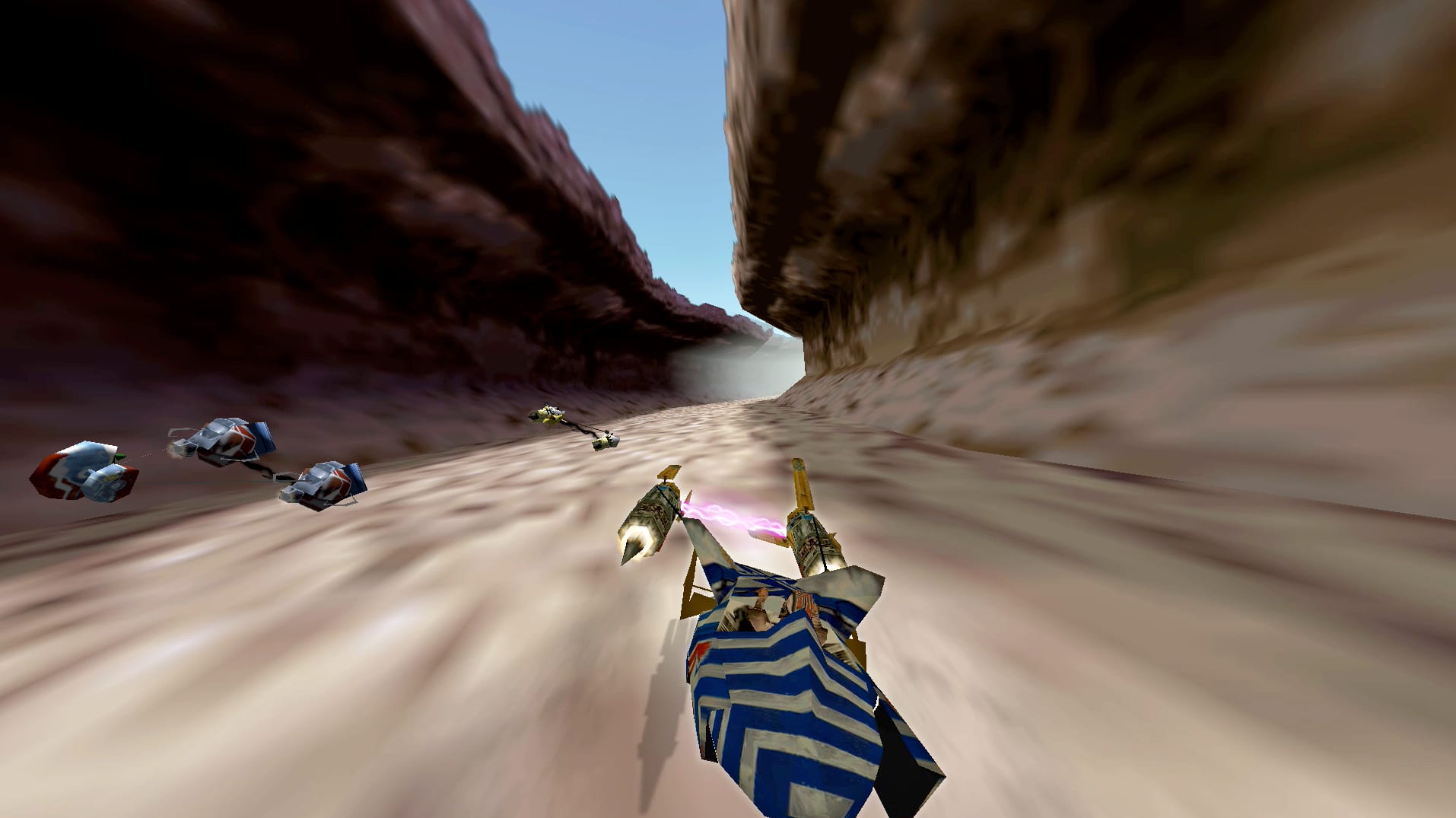 Aspyr, the folks working on the updated version of fan-favorite Nintendo 64 game: Star Wars Episode 1: Racer, announced today that the title will be off to the races on May 12 for both PlayStation 4 and Nintendo Switch for $14.99.

Back in the day, the first movie in the prequel trilogy of Star Wars wasn’t that highly regarded among most critics or fans, with the podracing being mocked by many. However, the podracing tie-in game was a different story, and many fans have fond memories of it.

To be frank, it still feels a bit random that this is a thing, but hey I’m happy for whoever is happy. I have to imagine that a combination of Star Wars Episode 1: Racer being considered a cult classic by many, and the fact the prequel films are just a huge lovable meme now at this point in 2020, contributed at least a little in the decision to green light this updated version.

Here are some features that fans can expect via Aspyr:

Don’t pick up the game expecting it to be a massive gorgeous remake, it’s still pretty much a Nintendo 64 game, albeit with some smoother visuals and updated controls.

If you had fun playing it back in the day though, this latest version might be worth a look when it releases in a little less than a month.