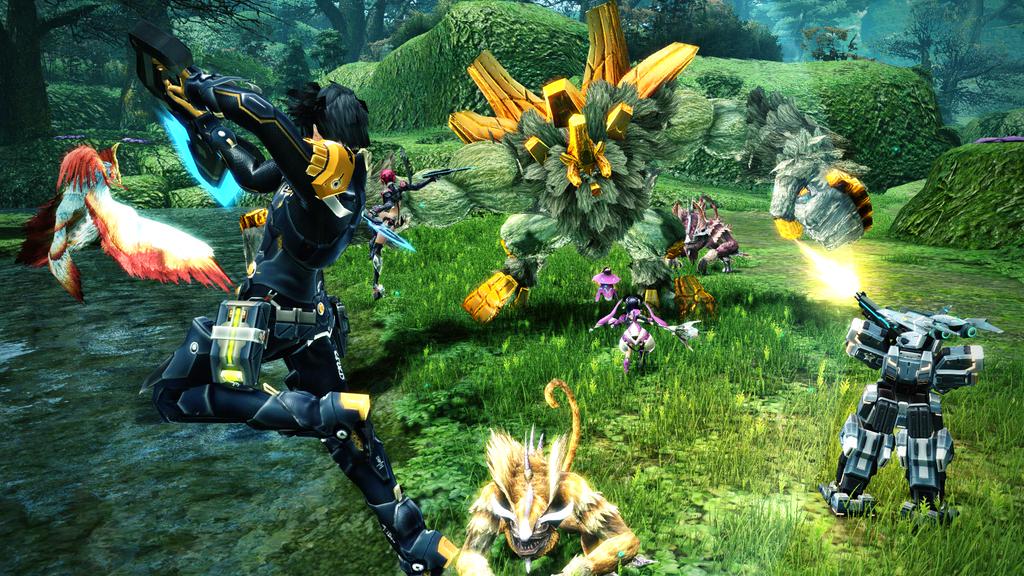 In Phantasy Star Online 2 you have a number of different ways that you can interact and communicate with other players. On console versions though, such as the Xbox One, it can be a bit more complicated. This is especially annoying if you’re trying to complete the Daily Order for the first time. So let’s break down how to give kudos in PSO2.

How to Give Kudos in PSO2 (Daily Order)

So in case this is the first time you’re ever hearing of the word, giving kudos is just another way of saying something like thank you, or nice job. In PSO2 it’s just a way to give a quick friendly gesture towards someone that you recently partied with.

While giving kudos is going to vary from platform to platform, the most straightforward way which is also available on consoles such as Xbox One, is to go to the communications log.

Open up the PSO2 main menu, on Xbox One it’s the Menu button, but if you’re in the future playing this on PS4 let’s say, it would be Options instead.

From there, tab over to Personal Data and then Communications Log. From here you have a couple of different options to give kudos. You can pick from anyone in the lists: Kudos With Comments, Without Comments, or Players You Have Formed Parties With.

Pick anyone that appears on that list and then a sub-menu will pop up, click Send Kudos. And that’s it, you’re done!

To recap, here’s how you send kudos in PSO2.

That’s all you need to know for how to give kudos in PSO2. For more Phantasy Star Online 2 beginner tips such as how to unlock your sub class or appraise items, you can search PSO2 in Twinfinite’s search bar on the top right.