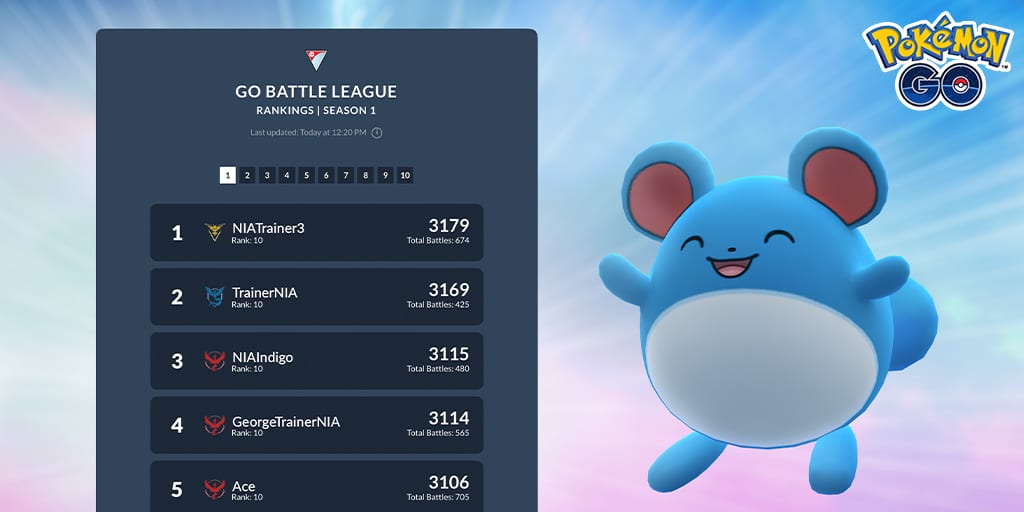 Pokemon GO players will be able to check who’s on top of the Battle League from tomorrow thanks to a new online leaderboard system, which was announced today by Niantic. The developer also has a new event featuring Aqua Mouse planned to celebrate.

The board is timed to launch just after the conclusion of the Ultra League and as it transitions to Master. Here are its key features:

As for the Aqua Mouse event, which is set to run this coming Sunday, April 12, here’s how it works:

The more GO Battle League battles you win from 11:00 a.m. to 2:00 p.m. local time during the event, the more chances you’ll have to encounter Marill!

Trainers will also receive 2× Catch Stardust for catching Marill during this time period. Please note that the encounters that serve as rewards for ranking up, such as the Pikachu Libre encounter at rank 10, will stay the same.

Also, Niantic has increased the number of GO Battle League battle sets on April 12 from 5 to 20, for a total of up to 100 battles.