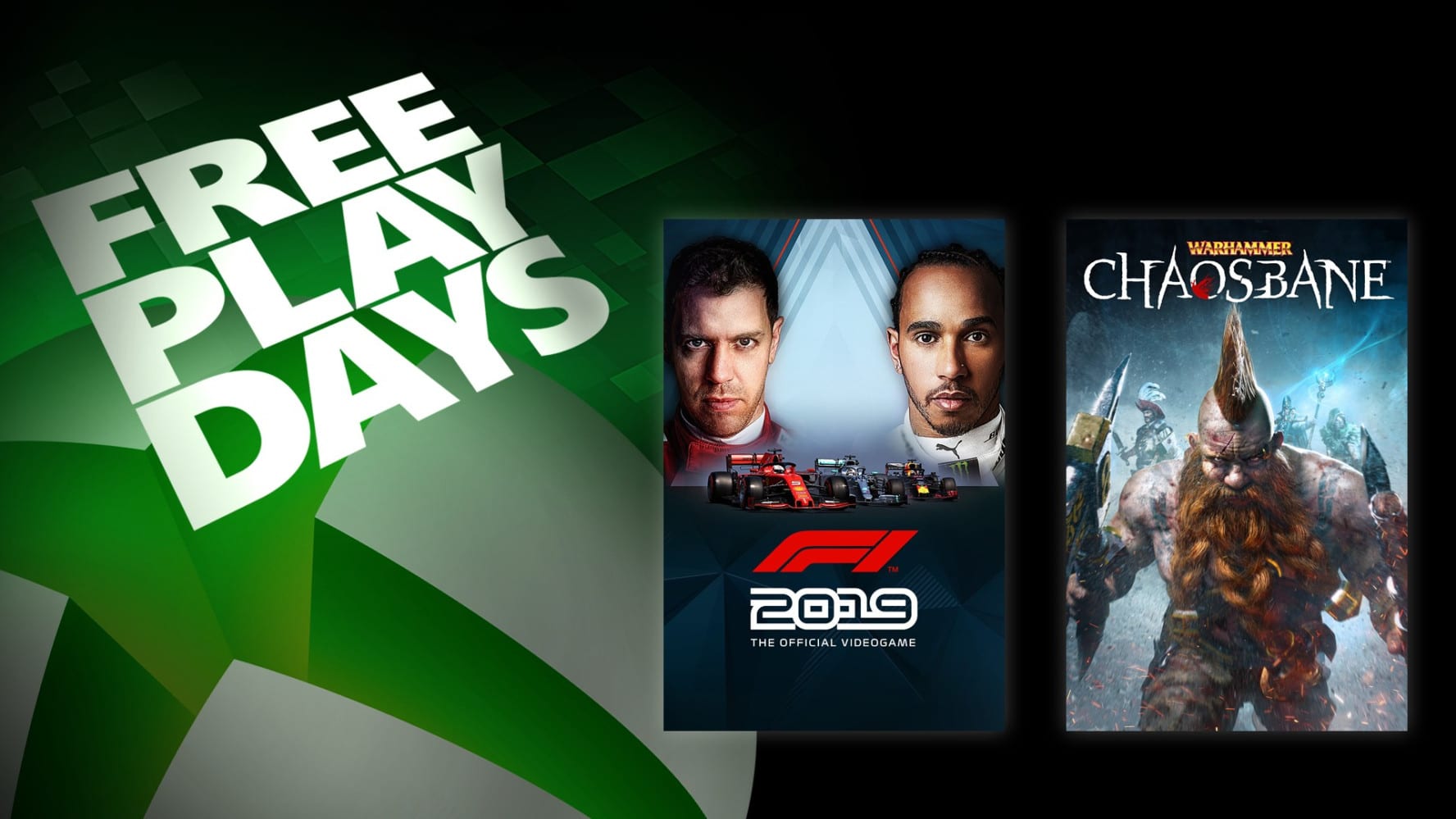 Xbox’s Free Play Days is back this weekend with two pretty extreme offerings. There’s either some of the fastest driving in the world, or some dungeon crawling set in the Warhammer universe. However, this isn’t the power armor and space version of Warhammer, no this is dirty and grotesque.

F1 2019 is the official game of the 2019 FIA Formula One World Championship. For those a little unsure what qualifies as Formula One, those long, open-wheel vehicles that are usually the fastest vehicles in the Forza games are F1.

Race head to head against some of the other fastest cars in racing. This is the best time to experience this game as F1 2020 was just revealed today. If you enjoy the game, you can purchase it at a discounted price during the weekend for $15.00 for the standard edition and $17.50 for the “Legends Edition“. Take a spin this weekend as Free Play Days brings the speed and the thrills.

Warhammer: Chaosbane is described on the Microsoft Store as a hack ‘n’ slash, but that’t not the whole story. Chaosbane is a dungeon crawler that is best compared to Diablo, borrowing many ideas from Diablo 3. There are monsters to fight, levels to gain, and loot to acquire.

Since launch, Warhammer: Chaosbane has received a whole host of new additions in free updates. The most recent free update was in March and added a new character named Keela. Chaosbane offers four player co-op so this weekend with Free Play Days can help you get friends into the game.