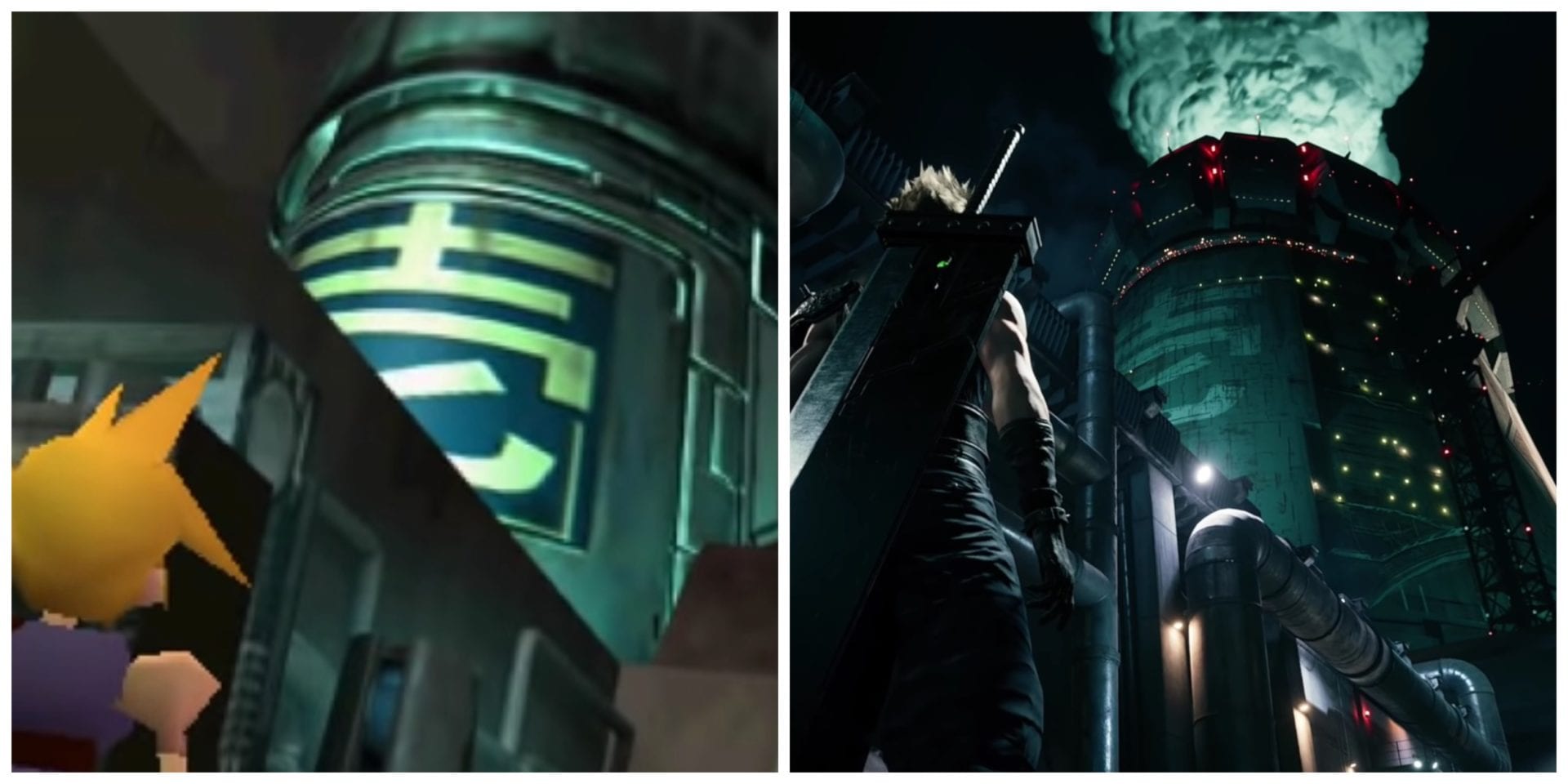 Final Fantasy VII Remake is finally here and it modernizes the opening hours of the iconic PS1 game from 1997, turning all of those polygonal characters like Cloud and Aerith, into a brand-new light.

Needless to say, this PS4 game looks very impressive with some of the best visuals that we’ve ever seen. And because it’s been 23 years since the original game launched, we thought it would be fun to take a look back at older screenshots of the game and compare them with the new remake.

How did Sephiroth look in 1997? Well, he looked different that’s for sure.

Aerith is the first main character that we see in the opening cutscene of Final Fantasy VII and it’s for a good reason too.

Aerith plays a huge role in the plot of FFVII and her character design in the remake is so well-done, giving her a gorgeous look that reminds us of how we all imagined her in our head back in the 90s.

The first time that you take control of Cloud in Final Fantasy VII is when he jumps off the top of a train do regroup with Baret, Jessie, and the rest of the gang and from there, the game doesn’t give you a second to breathe before you’re thrust into your first combat encounter.

One of the biggest changes to come to Final Fantasy VII Remake is that the combat is no longer turn-based like a traditional JRPG.

While there is a classic mode for those that prefer a more measured pace, the default control scheme is much more action-oriented, similar to other Square Enix games like Kingdom Hearts 3 and Final Fantasy XV.

There’s a moment in the opening section of Final Fantasy VII that is very iconic to the game. It the scene when Cloud looks up at the Mako Reactor before heading in, showing just how large the building is in relation to Cloud and setting the stage for the rest of the game.

It’s such a memorable moment that it ended up becoming the box art cover for the game!

This scorpion boss fight in Final Fantasy VII is the real first battle that really tests your fighting skills that you learned throughout the tutorials sequences.

This boss fight in the original game was a bit of a pushover since it happened very early on, but in the remake, this scorpion does not play around at all.

No major spoilers here but at the beginning of the game you end up in a sewer with the bombing crew after destroying one of the Mako reactors in Midgar.

It’s not a major location in the game but it is pretty cool to see how it look in the Final Fantasy VII Remake compared to the original!

We all have those memories of being a kid and looking up at starry night sky with a good friend, probably talking about life and other deep topics that are only said in these type of situations.

Cloud and Tifa sitting on the roof here in this scene from Final Fantasy VII Remake looks just as poignant and memorable as it was in the original.

Square Enix really captured that moment down to a tee.

Aerith’s church in Final Fantasy VII is one of the most iconic settings from the original game. It’s a dilapidated but still gorgeous place with a hole in the roof that allows sunlight in to warm up the flowers that Aerith grows there.

It’s wild to see how far the game has come in terms of visual fidelity but the remake truly brings the place to life.

Sephiroth’s a very mysterious villain throughout the story of Final Fantasy VII. If you go in blind, you don’t really know what his intentions are what’s going on between him and Cloud. He’s just “the bad guy” until you get deeper into the complexities of their relationship.

The main difference between 1997 Sephiroth and 2020 Sephiroth is the lack of a super sharp polygonal nose in the newer version –the glow-up is real.

For even more screenshot comparisons, check out this one that’s all about Resident Evil 3 Remake.