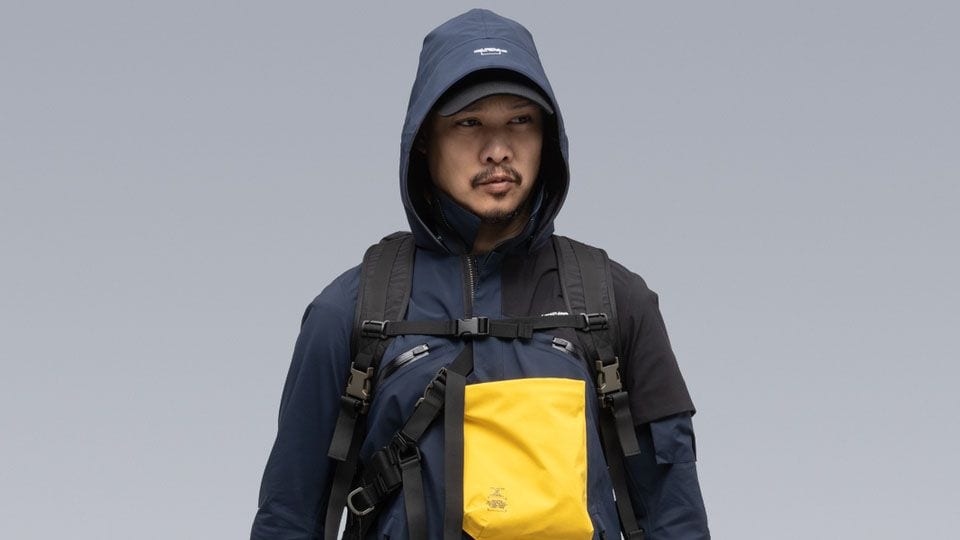 German techwear manufacturer Acronym has been collaborating with Death Stranding developer Kojima Productions for a few months, and now you can purchase the fruit of that collaboration.

The Gore-Tex jacket obscurely named J1A-GTKP is now for sale on the company’s own website (spotted by Resetera user signal), and it definitely comes with Death Stranding vibes, on top of plenty of recognizable Bridges logos and signage.

Below you can check out plenty of images.

Here’s how the Acronym describes the jacket.

“‘My body may be present, but my soul is on the Beach. I’m already dead.’

Official BRIDGES variant of J1A-GT Gen 2.2 to commemorate the release of DEATH STRANDING.† Developed in close collaboration with Hideo Kojima and KOJIMA PRODUCTIONS. Conceived and art directed by Yoji Shinkawa.

J1A was the first ever jacket designed by ǍCROŇYMř. Originally conceived in the years between 1999 and 2001, it is the progenitor of the Type 2371, and of every other ǍCROŇYMř jacket that has followed.

J1A-GT is the culmination of everything we have learned about building apparel since that time. Everything is new. Everything is the same. The very idea of ǍCROŇYMř rendered in physical, wearable form. A carefully balanced array of functional and aesthetic systems presented here in completely remastered form. Asymmetric. Dynamic. ǍCROŇYMř among equals.

Death Stranding is already available on PS4, and if you’d like to know what we thought about it, you can read our extensive review. A PC version is set for release on June 2, 2020, both on Steam and on the Epic Games Store.