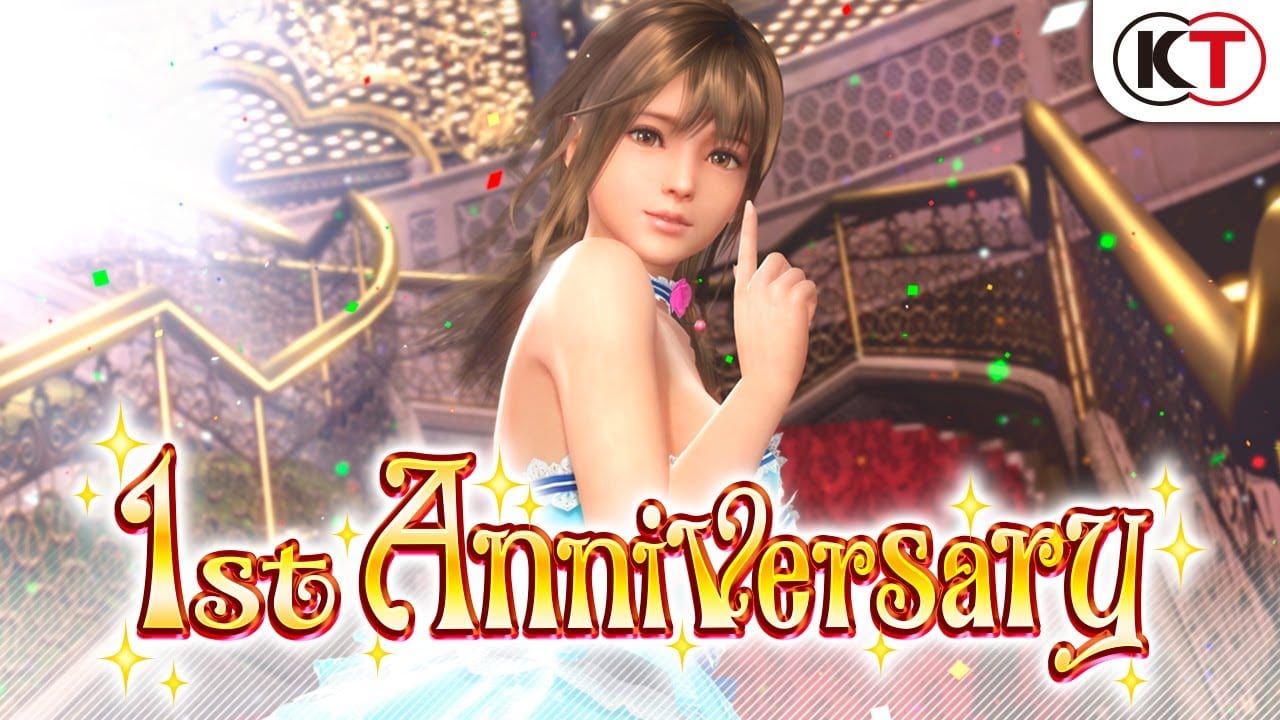 The Steam version of Dead or Alive Xtreme: Venus Vacation launched on April 10, 2019, and Koei Tecmo is celebrating its anniversary.

The “crown jewel” of the celebration is a gacha including half of the girls with a tripled SSR chance, meaning 3.3% to get something actually useful. To sweeten the deal, the first roll is free.

The rest of the girls will be featured with a different SSR dress in the second part of the event next week.

That being said, there are plenty more freebies in store, including special daily login bonuses.

It’s worth mentioning once more that this is only for the version of the on Steam. The original game released by DMM is ahead in content by over a year, which means that it had this event a long time ago.

If you’re unfamiliar with this version of the game is the only one that includes English support, but paradoxically, it cannot be easily accessed outside of South East Asia, while the DMM version in Japanese has no restrictions.

That being said, there are loopholes that let you grab it, like the use of a VPN. Once it’s active on your Steam account, you won’t have any further issues.

Incidentally, this may be a good time to jump into the game, considering that Dead or Alive Xtreme: Venus Vacation is going to become the only source of new content for the fans since Koei Tecmo is halting DLC releases for Dead or Alive 6.

You can watch a trailer dedicated to the event below.