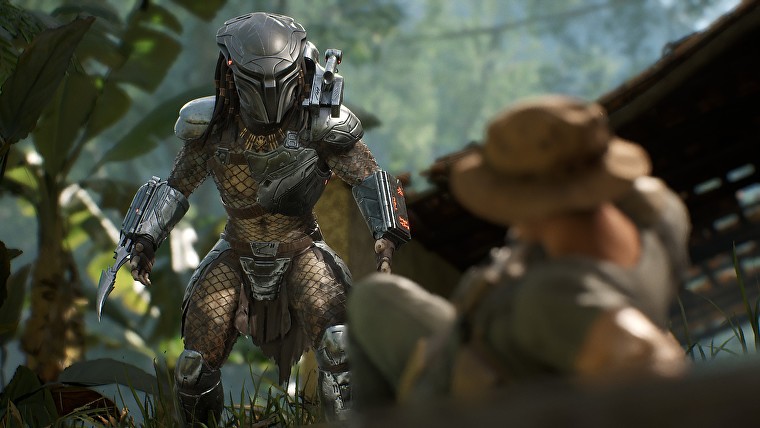 How to Heal in Predator Hunting Grounds

Healing in Predator Hunting Grounds is fairly easy to do, though it’s important to remember that there are a few different ways you can do so based on which side of the fight you’re on.

If you’re playing as a member of the Fire Team, then you have three different methods for healing your character.

One is to use a healing item from your suite of support items by cycling over to it with the left or right directional button on the D-Pad and then pressing R1. It’ll be the syringe item on your hud, and you’ll only have two you can use throughout the duration of the entire match.

It’s also worth noting that the item will only be available to you if you selected it as part of your loadout at the start of the match. If you selected a loadout that doesn’t include the healing syringe, then you won’t have this option for healing your character.

The next option is to find first aid kits scattered throughout the map. Though few and far between, these items will restore a large amount of health so long as you are able to take the time to use them.

This is done by standing in front of the kit, and then pressing and holding down the Square Button. Doing so will trigger a ring to appear on the screen, and when it has completed a circle around the first aid kit icon, you’ll be healed.

However, it’s important to note that you will be vulnerable while doing this, so you’ll need to have a teammate watch your back until the process is done.

Finally, you can have a teammate revive you should you lose all of your health. This is the riskiest method, as you’ll need to be on death’s door for it to even prompt. Should it work though, you’ll gain a decent portion of your health back; potentially even more than you had before you were knocked down.

We’ve listed the controls for each method below.

How to Heal as the Predator

If you’re playing as the Predator in Predator Hunting Grounds, though, then you’ll only have one option for healing yourself.

At any given time, you can heal yourself with one of your alien tools. This is selected from the weapon wheel by holding down L1 and rotating the Left Analogue Stick in the direction of the tool. After doing so, the tool will be equipped, and you’ll be able to heal with it by pressing R2 in exchange for leaving yourself open to attack for a brief period of time.

This can make healing dangerous, but again, you can heal at any time, making it harder for you to be killed out-right and easier for you to continue coming after your opponents throughout the match.

Hopefully, this cleared up how to heal in Predator Hunting Grounds. For more on the game, check out some of its trailers detailing the different classes you can play as.