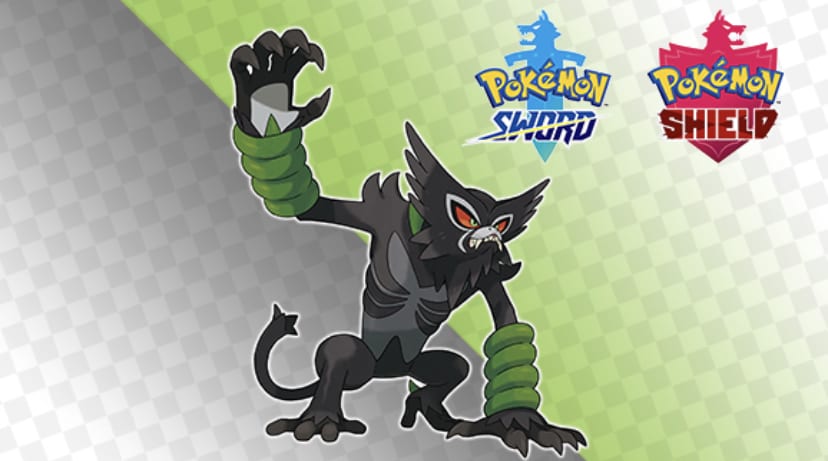 The Pokemon Company has revealed a new Mythical Pokemon for Pokemon Sword and Shield called Zarude (whose name rhymes with “Sandstorm” hitmaker Darude). Here’s how to get Zarude in Pokemon Sword & Shield.

Zarude, the Rogue Monkey Pokemon, is a Dark- and Grass-type Pokemon standing 5 feet 11 inches tall, weighing 154.3 pounds, and is known to have the Leaf Guard ability, which prevents it from being affected by status conditions during sunny weather.

As of now, Zarude cannot be obtained by normal means of gameplay, so you won’t see it swinging from tree to tree in game for a while. We’re still waiting for more information about how to catch it.

Zarude can grow vines from anywhere on its body at will — from the nape of its neck, its wrists, and even the soles of its feet. Its vines have multifarious uses, such as wrapping them around tree branches to move around, grabbing Berries from distant branches, and healing wounds, whether Zarude heals himself or other Pokemon.

Zarude’s fighting methods include swinging around trees and branches, whipping its vines and scratching its opponents with its sharp claws. His ruthless attacks help it excel in battle.

Zarude lives in dense forests with its pack, and has the attitude of an alpha male. In other words, whenever it comes across anyone or any Pokemon that isn’t part of its pack, it becomes hostile and attacks them immediately. Because of this, other Pokemon that live in the same forest are scared of it.

That’s all the information we have on Zarude. This guide will be updated as soon as we get new information on how to obtain it.

For now, here are some guides on catching Pokemon that do appear in Sword and Shield.

Pokemon Sword & Shield: How to Get Zarude