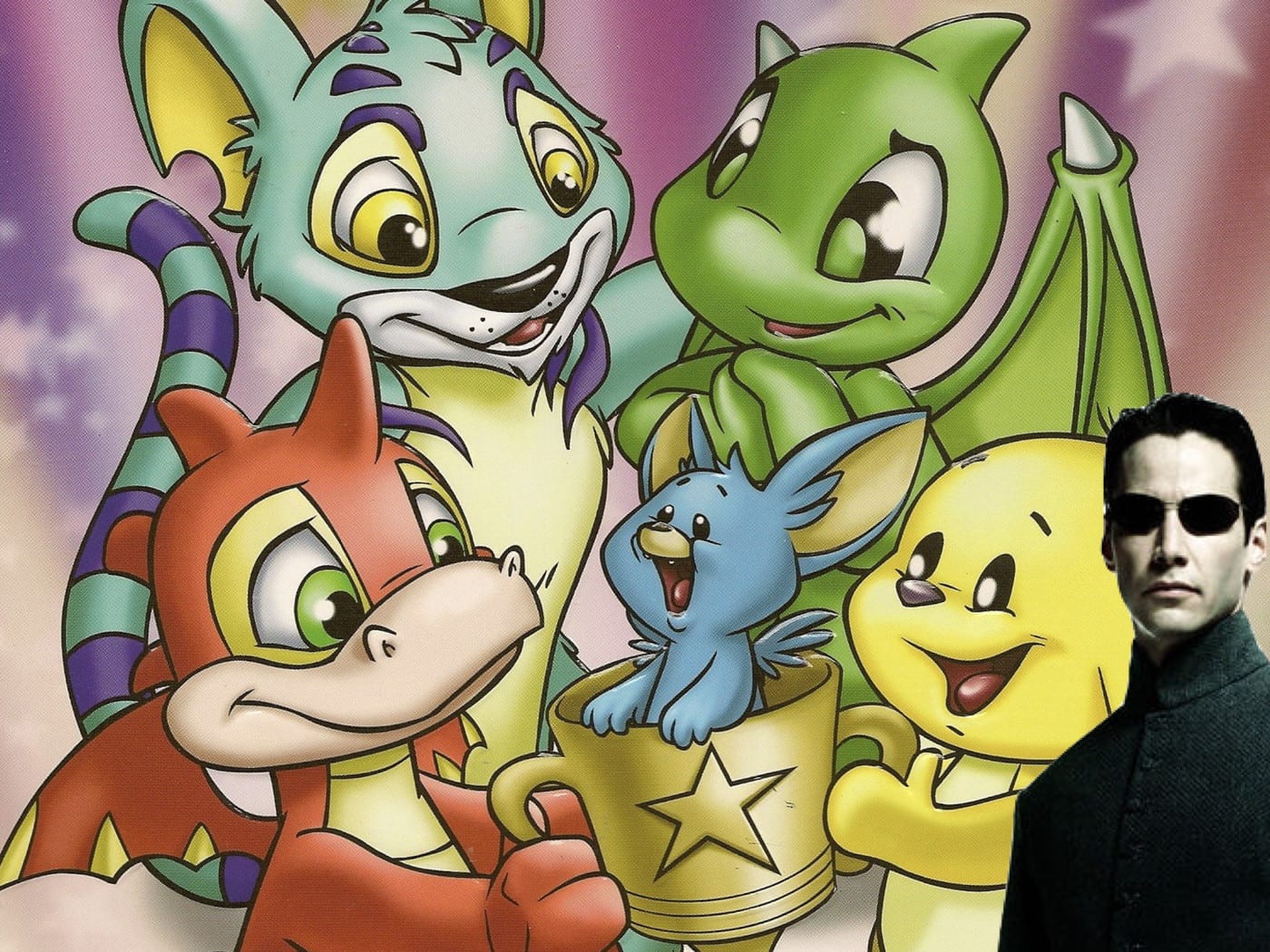 These are mad times we live in. Mad!

When trying to consider how to navigate through 2020, there are a few things that are of utmost importance. The first is safety; something that won’t expose you to the horrors of the outside world. The second is comfort; the need to remain at ease so that you may weather the storm. The third, for some reason, is toilet paper, and no, I can’t quite explain that one.

Some look ahead at the games on the horizon, towards Animal Crossing and Doom and the many joys they will bestow upon us. However, sometimes there can be just as much mirth garnered from the past, and it is with this in mind that I ventured towards a website from yesteryear — one that I didn’t even realize was still active, that could hold the key to personal salvation. Perhaps a beacon of light in an otherwise murky, miserable era of uncertainty. A hope. A chance. A prayer.

tl:dr version, I got bored and played Neopets.

An endearing relic of the past, Neopets took the world by storm at the turn of the millennium with its myriad of cuddly critters and simplistic mini-games. It was grinding back before we even knew what grinding was, and we adored it for its splendor. Apparently it still has quite the user base, and there’s talks of a mobile game and an animated show based on the franchise. Basically, it’s back, in POG form.

The very idea that it remains functional is equal parts thrilling and troubling, because although longevity is something worth celebrating, I’m convinced that it actually shut down a decade ago, and some rogue phishing company bought the domain name in a cunning effort to spread malware.

Sidenote: stop sending me emails about bitcoins. I don’t want them, dammit!!

Well, there it is. It’s not quite mid-2000s kitsch, but it definitely maintains that undeniable dated charm. Faeries seem to be splashed all over the place, and a sizeable chunk of the page is occupied by an uncanny Second Life ad starring a girl who, quite frankly, looks nothing like me.

As much as I’d like to log back into my old account, lovingly embracing my Neopets after a sixteen year absence, I have no idea what my username was, or my password for that matter. I tried to cast my memory back to my teenage mind, but unfortunately, no combination of the words “uber” and “boobies” seems to work.

For now, I’ll have to build my Neo-empire from scratch. May my previous creatures rest in peace.

Phase one is to choose which Neopet to start with, and returning to the available roster is like seeing old friends. Remember Shoyru? Isn’t he cute? How about Mynci, with his cheeky smile? Oh look, it’s Quiggle! He obviously knows where the bodies are.

I happen to have a fond spot for Techo, however, who was my very first Neopet from way back when. I had named him Miyoshimura because I was something of a Japanophile (oh how much things change), so it seems appropriate that I should dub his new sister as something equally subarashii.

Now that I have my wonderful Tsuki-chan by by side, I’m ready to enter the world of the Neopets. It offers a tutorial that refuses to load — very informative, greatly enjoyed — however my main priority is on spritzing up my Techo so that she’s the prettiest of all the imaginary animals. The others will revel in her glory or die at her feet.

To achieve this, I’ll have to play lots and lots of mini-games to earn Neopoints (or fork out actual money, which is a new level of shame that I’m not quite ready to sink down to). It’s a steep task, but mama didn’t raise no quitter.

None of the games seem familiar to me, and many of them are literally just ads for other websites’ games like School of Dragons. Can I get Toothless as a Neopet, maybe?

Fortunately, there’s a ‘popular’ tab that reveals the most played games, and if any of the instructions are unclear, maybe one of the seven other people who enjoyed it could explain.

The current top game, Kass Basher, tasks you with timing your swing to send the Kass the furthest distance. To call it uninspiring would be putting it very lightly, as it admirably toes the line of dull and infuriating all at once. You’ll be lucky to break 300 meters, pondering exactly what dark sorcery shadow_flippy1773 concocted to garner 1,662.

After settling on 360 because I feel as though it’s a revolutionary score, I click submit and move on. My Neopoints total climbs, Tsukiko practically quivering with excitement at the possibilities.

Next is Meerca Chase II, the long awaited sequel to Meerca Chase I starring Mel Brooks and Wayne Knight. As the titular Meerca, you sprint about the screen in the cardinal directions collecting Neggs that will then follow you. You must avoid the red Neggs (for they are the Neggs of the devil), as well as trying not to crash into your rapidly growing conga line.

It’s… just snake, but if you’re up for a challenge, there’s the freestyle mode which allows your Meerca to run in any direction with the kind of tank controls that died out after the PS1 era. It doesn’t make the game any more fun, but if you wanted to see what a Meerca looks like when it’s drunk and has nothing to lose, that’s your opportunity.

The third option, Turmac Roll, is the featured game of the day, yielding twice as many Neopoints. Thank goodness, because I’m getting sick of playing these damned things, and my Techo needs to accessorize as soon as possible. Girl’s got business to conduct.

The goal, evidently, is to collect fruit while dodging obstacles. Using the arrow keys, you can make your Turmac jump, slow down if you’re a coward, or speed up if you’re sick of it all and just want to send it hurtling into a tree.

Alas, it’s the worst game yet, its tedious premise brought down further by repetitive sound effects and a lacking narrative. We know so little about this Turmac, and yet we’re expected to be invested in its journey. It’s neither realistic nor relatable, and you’ll simply take your chances frittering away for Neopoints elsewhere. 1 Neostar out of 5.

By now I just kinda said ‘screw it’ and ended up playing the slot machine like a grandmother on a day trip to the casino, only without the pleasure of cigarettes and gossiping with Gladys and Gertie. Somehow, it yielded 2,000 Neopoints, which made my previous endeavors feel quite redundant, while also validating my gambling addiction.

In any event, I had broken 5,000 Neopoints, which meant that it was time to go shopping for my beloved Tsuki-chan. Grab the credit card, baby, we’re spending big.

Neopia Central looks exactly the same as it did back in 2003, meaning that many of the best features appear to still be intact. As a belligerent sponge, I headed straight to the money tree, where generous Neopians donate treasures for anyone to peruse.

From the looks of things, they are literally trying to kill my Neopet, so I might just pass for now.

Tragically, most of the stores seem to constantly be sold out, and the second hand shoppe is trading exclusively in dung (again, the generosity of the community is on full display), so I did the best with what I could and continued exploring.

It’s actually quite incredible how much is really on offer on this site. You can build a Neohome, send your Neopet into battle for your amusement, adopt a Neopet from the pound with spectacular names like substitutething and IMA_FIRIN_MAH_LAZAR, or trawl the soup kitchen for a free feed like the hobo you truly are. It’s just as robust as I remembered, only with more bells and whistles thrown in for good measure.

Ultimately, I spent a lot more time exploring Neopia’s nooks and crannies than I expected, and it was a reminder of how much simple fun these interactive websites could be. The mini-games aren’t spectacular, merely serviceable, but there’s a real sense of gratification from upgrading your Neopet with aesthetic knick knacks.

I kinda didn’t want to stop, and that’s perhaps the highest praise you could bestow upon an activity of any kind. Though I’m sure my rekindled fascination will only last a few days, it’s nice to have something to put one’s mind at ease, every now and then.

Especially now that Tsuki-chan is a fashion goddess that turns other Neopets green with envy.