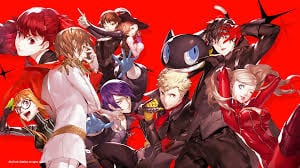 While you’re busy exploring dungeons or Mementos in Persona 5 Royal, you’ll have the chance of getting a Sooty item. There are different types of Sooty gear, meant for males, females, cats, and a fourth unisex type for any character.

These Sooty armor pieces have really bad defense and evasion ratings, meaning they’ll more or less be useless to you in their current, dirtied condition.

What You Should Do With Sooty Armor in Persona 5 Royal

Make your way to the Laundromat in Yongen-jaya, opposite Leblanc.

In here, you’ll be able to wash items, which is just what we want to do with the Sooty Armor.

To do this, simply interact with a washing machine. You can wash four items at a time and it’ll cost you 400 Yen to do so.

After washing the formerly Sooty gear, you’ll now have gear that you can equip to your party members.

From what we’ve gathered this washed gear tends to be a little better or at least on par with the latest gear you can get from the Airsoft Shop in Shibuya. This makes it well worth your time washing Sooty Gear whenever you find yourself with a good amount of it.

However, if you do end up with more Sooty items than you know what to do with in Persona 5 Royal, you can sell them for a decent bit of money as well.

Once you unlock Kichijoji as a location you can visit in the game, you’ll be able to visit a clothing store that lets you sell it for a premium. In addition to that, the more you sell, the more points you’ll rack up. These points can then be exchanged for prizes and rewards at the store itself, such as new armor pieces and other useful combat items.

That’s everything you need to know on what to do with Sooty Armor in Persona 5 Royal. For more tips, tricks, and guides, be sure to search for Twinfinite, or check out our Persona 5 wiki.