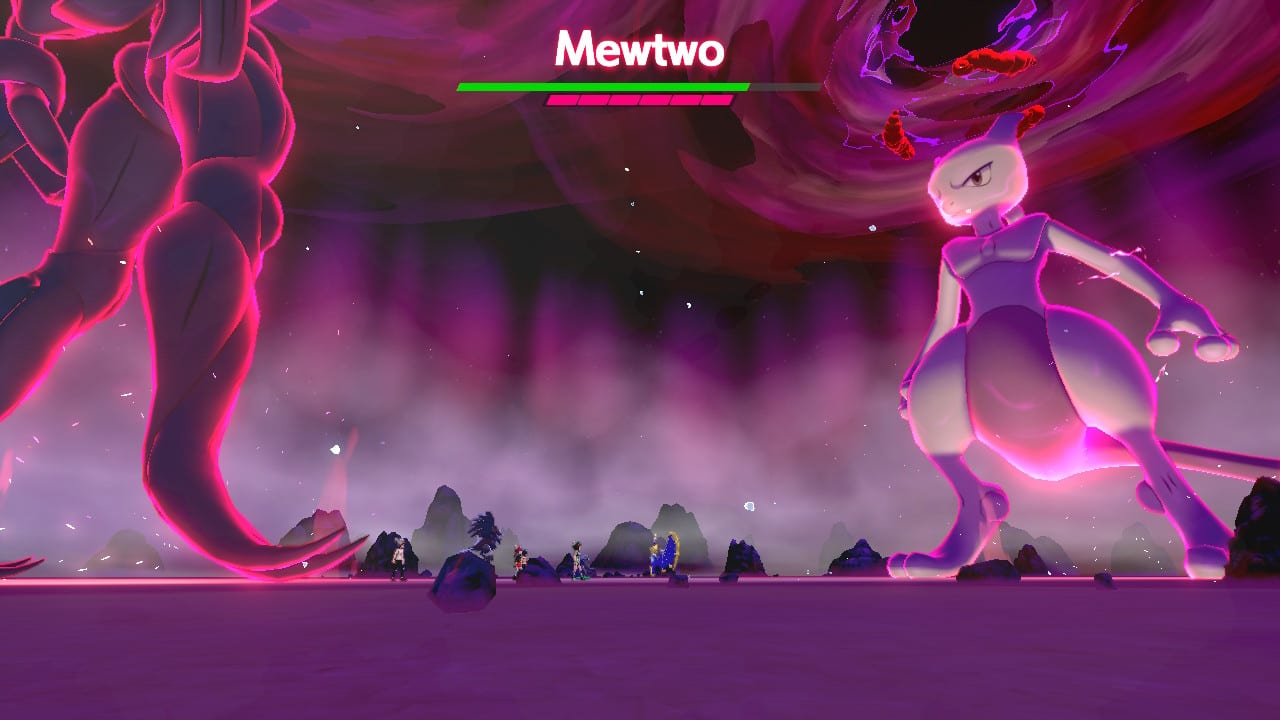 To celebrate the remake of Pokemon the First Movie, Mewtwo is striking back in Max Raids. This is one tough battle, so let us help you learn how to beat the Mewtwo Max Raid in Pokemon Sword & Shield.

The first thing you’ll want to do is find a Pokemon to use in this raid. Thankfully, there are plenty of options with the recent release of Pokemon Home. Dark- and Ghost-types are your best bets here since they hit Mewtwo with super effective damage.

Which Pokemon to Use

At the same time you’ll have to look out for Mewtwo’s ridiculous five to six-moves. Since it has such a diverse moveset in Pokemon Sword & Shield, you may have a hard time finding the right mon for the raid.

Ghost Pokemon are your best bet for this grueling battle since Mewtwo doesn’t have any attacks that can deal super effective damage on that type. Dark types are also a solid choice, but look out for Aura Sphere and Focus Blast.

Grimmsnarl is the one exception when it comes to Dark-types in Pokemon Sword & Shield since its Fighting weakness is balanced out by Fairy’s resistance to the previously mentioned type.

Below you can see a suggested list of Pokemon to use in the Mewtwo Raid along with the moves you should teach them:

Having the right Pokemon is important, but you’re also going to need three human players assisting you in this raid. The raids in Pokemon Sword & Shield aren’t usually this tough, but you’ll need every advantage you can get here.

Anyone using a Pokemon that’s under level 100 or any non-human player will essentially be dead weight against Mewtwo. If you have some leftover Exp Candies or Rare Candies from the main game, then max out those mons.

You’ve done it! Mewtwo is defeated and now it’s time to reap the rewards of your victory. Tons of leveling candies, some bottle caps and a few massively valuable resellable items will be added to your coffers.

Here’s the full list of items you get for winning the Mewtwo Max Raid in Pokemon Sword & Shield:

Be careful with how often you use certain attacks. Since Mewtwo has the Pressure ability in Pokemon Sword & Shield, you will use up two PP per attack instead of one. This means if you’ll want to use your five-PP moves wisely since you’ll only get three uses out of them.

Don’t forget to cheer on your teammates if you faint. You’ll be able to jump back in later, but cheering can give your team stat boosts, heal HP or even completely wipe out Mewtwo’s shields.

That’s all there is to know about how to beat the Mewtwo Max Raid in Pokemon Sword & Shield. If there’s anything else you want to learn about these games, then just check out our Guides Wiki.