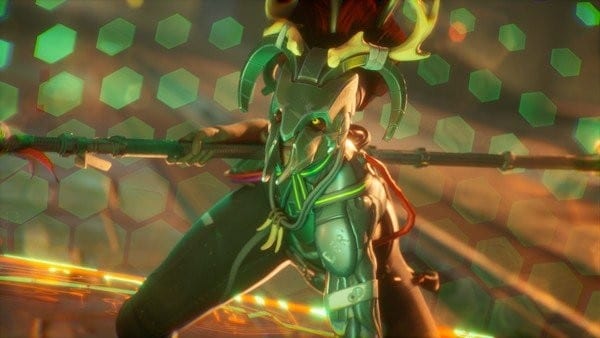 Support heroes are always going to be vital to any team-based game, especially when they can do some damage as well. Miko is just that in Bleeding Edge, using her Augmented Staff to both heal and hurt. Here is everything you need to know about how to play Miko in Bleeding Edge.

A fierce woman that grew up in the Xhosa clan, Miko is an all-around combat veteran. Her basic abilities let her attack and defend, with specials and supers that enhance her abilities even more.

Now that you know what her abilities are, let’s look at how to use them.

How to Play Miko in Bleeding Edge

The first question you’re going to want to answer before hopping into a match is “which super should I pick for Miko?” While both have their benefits, Stalker is an all-around better choice, as it lets you do more than just heal one ally like Life Force.

When active, Stalker allows Miko to give all her allies stealth and heals them over time. Alongside that, it also gives out the enemy’s location on the map.

Miko also does really well in combat, as her Augmented Staff does big damage and serves as a great method of crowd control. For example, while Maeve is a considerably good character in her own right, the Augmented Staff attack interrupts her combos easily.

Keep in mind that even though she does some solid damage, the South African melee support character still always does better when surrounded by teammates. Staying together provides her the necessary time and space to trade-off between attack and support, giving your team the numbers advantage in the process.

Also, don’t forget to take care of yourself as well when playing Miko by double-tapping the Chain Heal ability when her health is running low.

Follow these steps and you’ll have a well-balanced team in Bleeding Edge in no time. Just remember, practice makes perfect.

And that is everything you need to know about how to play Miko in Bleeding Edge. For more tips, tricks, and FAQ, be sure to search Twinfinite.