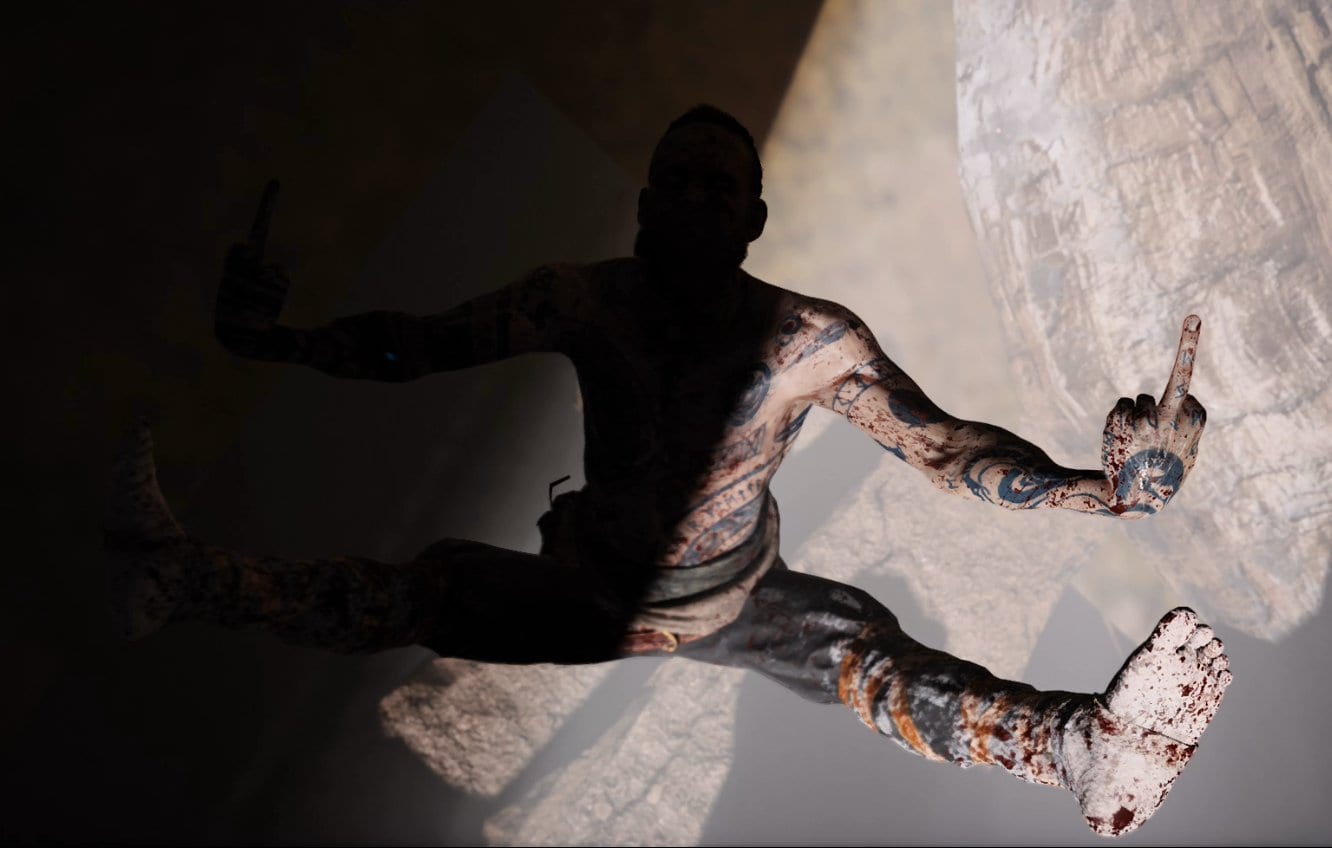 A game’s camera is as much a window into a different world as it is a way for developers to hide shortcuts. Players only see what the developers want them to see, at least until a talented modder creates a camera hack that exposes the inner workings of a game. Afterwards, we get to witness all the cut corners and sneaky secrets developers use to make their games great, as well as Easter eggs and hidden details squirreled away in out of bounds locations.

One of the most prolific camera hack modders is Lance McDonald. The man has discovered several digital catacombs worth of secrets in games such as P.T. and Dark Souls 3.

Lately, McDonald has been hard at work on a camera hack for God of War, and he recently finished his project. Now the man has a fully functional camera hack, complete with time-stopping capabilities, so there’s nothing left for him to do but delve into the game and see what makes it tick.

Right off the bat, McDonald discovered a hilarious Easter egg.

At the end of the first boss fight with Baldur, Kratos snaps the man’s neck and dumps his body into a ravine. Out of curiosity, McDonald used his camera to search the location for any secrets and came across the falling body of Baldurf flipping the double bird.

Even with a broken neck, Baldur refuses to take his defeat lying down and has enough energy to perform a hilariously rude gesture —right before he recovers from his wounds and returns later in the game for round two.

Given God of War’s default camera, Baldur’s act will go unnoticed by most players, so we have no idea why the developers took the time to include it. Maybe the gesture was an inside joke, but no matter the reason, McDonald is now excited to continue scouring God of War, searching for more potentially hilarious out of bounds Easter eggs.