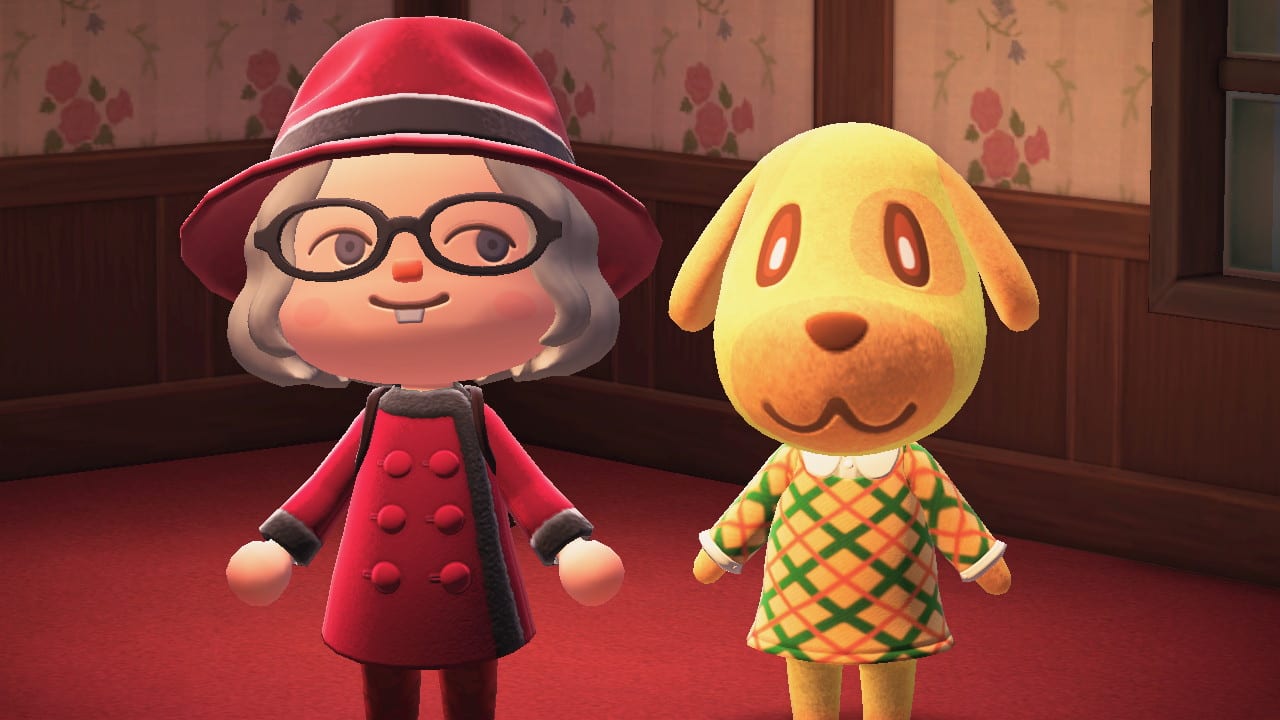 It’s been a whole week since Animal Crossing: New Horizons blessed Switches across the world, and the hype doesn’t appear to have died down one bit as we fervently work to free our islands from nature’s wicked clutches.

Seven days later, some people’s villages are already resembling metropolitan hubs, with thriving economies and palatial mansions that pierce the clouds above.

Others have been taking a much more measured approach, content with just whittling their hours away at a sluggish pace, spending their bells on literally uprooting Cranston the ostrich’s house from its foundation and placing it in an obscure corner of town simply to confuse him.

When you’re in the latter party, you take much more time to notice things. Minor things. Vapid things. Stranger things.

Perhaps you’d like to know what I’ve noticed? (Perhaps not, but you’ve already gone this far so you’re damn well committed, I say.)

When I first started playing Animal Crossing on the GameCube back in 2004, I drew a very distinct line between what furniture I felt was worthwhile, and what furniture was completely useless.

Bonsai tree? Worthwhile, pop that sucker on the mantle and you’re a trendy yuppie. You’ll be the talk of the town, as people gather from far and wide to catch a gander at your topiary mastery.

Birdbath? Useless, the only birds that ever come into my house are the avian neighbors and it would be awfully rude of them to just swing over my place to take a bath right in front of me.

Toilet? Dammit Chief, that’s the worst present ever, why do you keep giving me these?!

The issue, of course, is that with the limited amount of rooms available, items that were ill-suited to the living space or the boudoir just seemed awkward.

As the games progressed, we were gifted with additional rooms that we could add on (making my toilet gift both functional and welcome), and now, we can at long last display furniture outside without fear of it being stolen by that jerk, Angus.

I’ve enjoyed adding little touches to my front yard as I turn this humble island into a home, and I can at last find a suitable place for the garden gnome Molly gave me as a token of our friendship.

…That place is Nook’s Cranny, obviously, because I need the cash and deep down I’m a horrible person.

Look, I know that we all have different skills and talents that make us all special in our own way.

But my talent is in finding the most obscure synonyms to awkwardly force into my articles in an attempt to make myself sound smart percipient, and that’s not nearly as impressive as being able to make Animal Crossing designs.

Taking just one glance at the myriad of exciting imagery people have constructed is to turn green with envy, and my only solace is that I can callously steal this art through the use of QR codes and claim it as my own. Why yes, inquisitive traveller, I was in fact the creator of this… “pretty bubble skirt by Aki-chan”.

This also applies to the aesthetically pleasing infrastructures people have implemented on their island, with every building so carefully placed you’d think it was planned that way from the beginning. I just mashed all of my structures right in the middle because I’m too lazy to run very far, and it feels cramped and blasé. Somebody please save me from my own lack of style.

Oh, and save me from Coco, while you’re at it. She just moved in and I swear she’s going to devour my soul as I sleep.

Animal Crossing: New Horizons Is Everything That Pokemon Sword and Shield Weren’t

You’ll have to pardon me for taking yet another jab at poor old Pokemon, but I am not exaggerating in the slightest when I declare that I had more fun in my first day of New Horizons than I did in months of Sword/Shield.

When a franchise has been so strong for so long, it’s bound to waver here and there, and in my eyes at least, Sword/Shield represents the lowest point the beloved pocket monsters have ever seen. It dared to be different, straying from the formula courageously in ways that, more often than not, failed to hit the mark.

Dynamaxing has to be my least favorite gameplay element in the series since the wild, glitchy days of gen 1. When it’s applied in-game against Gym Leaders or in multiplayer raids, it works fantastically; it’s a gimmicky spectacle that makes the battles feel special and significant.

As for competitive gameplay? It’s janky and jarring, shifting the next three turns with all of the elegance of a Gigantamaxed Garbodor on a flimsy pogo stick. We lost Mega Evolutions and Z-Moves — two finely tuned mechanics that could shift the tide of battle when applied expertly — and are instead left with this time consuming kaiju facsimile that breaks up the flow of battle.

New Horizons is different from its predecessors, too, particularly in how heavily it leans into the crafting element first introduced in Pocket Camp, but as fellow Twinfinite writer Rebecca said, it absolutely works. Plucking weeds has gone from a chore to an actual productive activity, and the game is constantly validating you with Nook Miles for seemingly any old thing.

Different is good, but only when it’s done purposefully, and that’s how New Horizons feels. Add in the little quality of life enhancements like the vaulting pole and being able to navigate through tight spaces that would otherwise be impassible, and you’ve got the makings of a real winner.

This Game Came Out Just When We Needed It

I’ll spare you the doom and gloom spiel of what’s going on in the world right now. If you want a reminder, just go outside and take a look (not literally, of course, because that’s clearly a very bad idea).

We’re all feeling quite tense and aimless, and many of us have more spare time now than we’d care to. It would be incredibly lonely, had it not been for the fact that we’re all hanging out together in Animal Crossing, either by visiting each other’s islands or just keeping tabs on how everyone else is progressing so far.

Without even intending it, many of us have become part of this exquisite worldwide community, and Twitter timelines are flooding with mention after mention of Tom Nook and his cronies.

Aside from occasional backlash about the game’s ‘one island per Switch’ limitation, the discussions have been overwhelmingly positive. Some people want to show off their favorite islanders, while others are keen to share secrets and tricks they’ve discovered along the way. And then there are the people who just want us to know that there is an island loaded with tarantulas. It goes without saying, don’t trust them with your children.

Animal Crossing has long been a popular series, but it has never felt quite so all-encompassing as New Horizons has been in such a short span of time. It feels wholesome and inclusive in a particularly dark time for humanity. Just a few minutes fishing in the river while listening to the rustling of the leaves, and your mind is set at ease.

At least, until those damned scorpions begin surfacing at night. Try waving your net at them, I hear they love that!

With all that said, I’m really quite troubled about the cruel fate of the clams found on the beach.

The first time this happened, I was aghast. Sure, in New Leaf, Erik had once eaten a live fish in front of me like a homicidal maniac, but that was a one-off. What did the clams do to deserve this barbaric torture? Why are they treated with the kind of animosity normally reserved for the cockroaches scurrying about your living room when you’ve been absent for a few weeks?

Unlike practically every other item available, you can’t even display them as furniture around your abode, which is unfortunate because I think a manila clam adorning every shelf would be a wonderful conversation starter.

These are but a few stray thoughts that have come into my noggin during my first week of Animal Crossing: New Horizons, but what have you come upon? Have you unearthed untold treasures out there in paradise? Or are you receiving unwanted toilets from Chief on a daily basis?