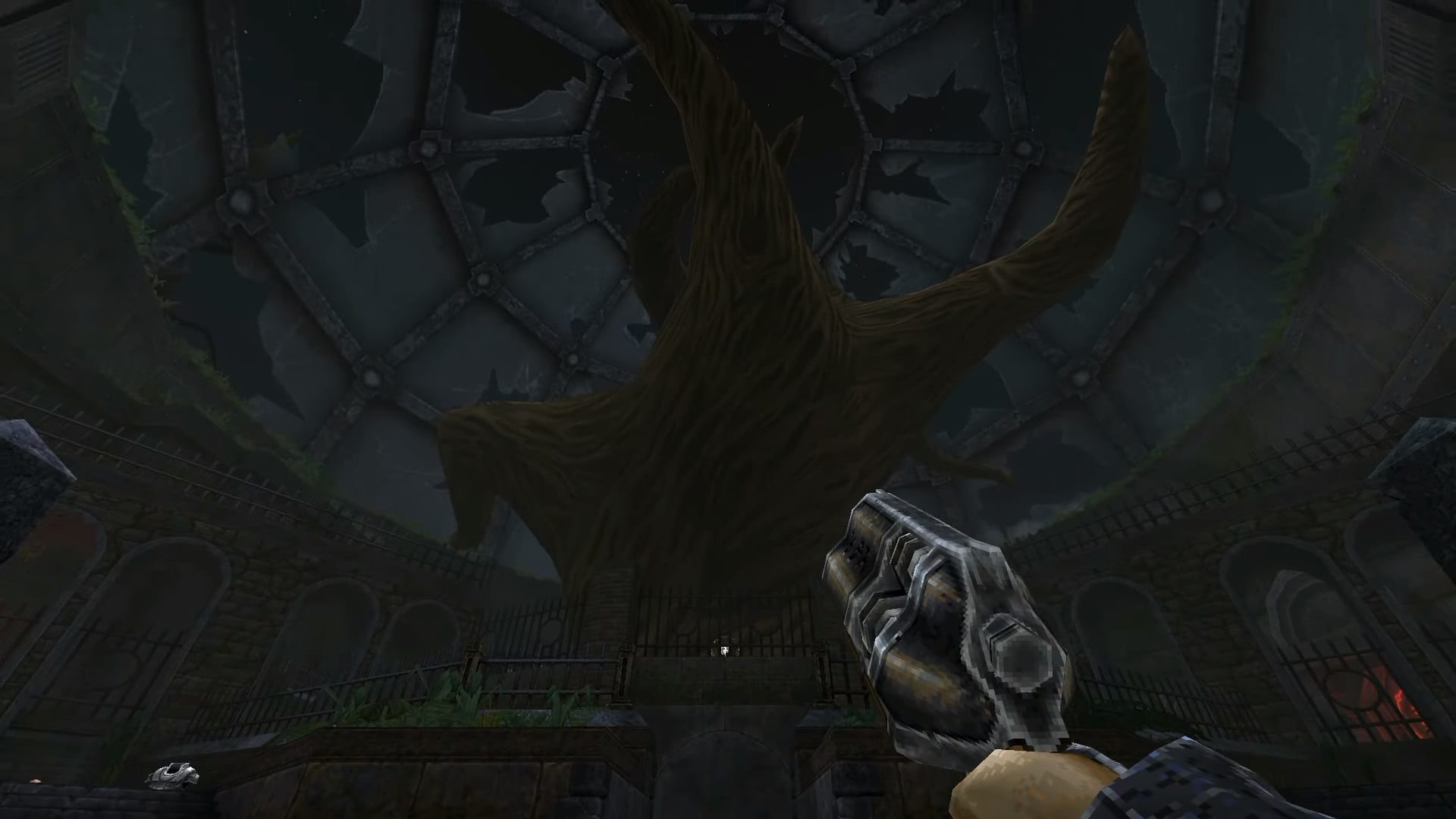 Early last year, 3D Realms announced WRATH: Aeon of Ruin, a retro throwback FPS that utilizes the old-but-spry Quake Engine. Now, the company is ready to show off the fruits of its labors with the game’s first content update.

According to a recent announcement and related trailer, the content update includes a new map, enemy, and artifact. The level in question, The Gardens, is a large, gothic, overgrown greenhouse that features a giant gnarled tree as its centerpiece. Despite its name, The Gardens is not a safe haven and is crawling with monsters.

Meanwhile, the update’s new enemy, The Wretch, is a barely humanoid amalgamation of flesh and metal with a giant mouth where the neck should be and a laser cannon sticking out of that mouth. Judging by the trailer, The Wretch can rapid fire this cannon, which means players who face it will have to be as quick on their toes as they are with the trigger.

Regarding the new artifact, the Confounding Attar, the announcement doesn’t go into any detail and just states it was added to the game. The trailer doesn’t seem to include any further information either.

However, WRATH: Aeon of Ruin’s content update is much more substantial than just a new level, monster, and artifact. It also features updated enemy encounters in the game’s preexisting levels, improved enemy AI, support for 4096×2160 resolutions (i.e., 4K resolution), and framerate cap options. Plus, the content update fixes a ton of bugs.

The update’s patch notes also provide several promises of what’s to come. Future updates will improve a number of issues including enemy AI even further, overhaul the alt-fires of several weapons, and balance the Executioner enemy.

For the latest news on WRATH: Aeon of Ruin, stick with Twinfinite.