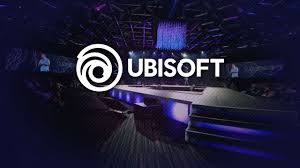 Ubisoft is bolstering their idle games collection by acquiring the studio behind the 104 million download hit, Idle Miner Tycoon.

“We are strengthening our ‘idle’ games portfolio with the acquisition of Kolibri Games,” says Jean-Michel Detoc, Executive Director of Ubisoft Mobile. “One of the leaders in the segment, whose flagship game Idle Miner Tycoon has grown steadily since 2016.”

An idle game is exactly what it sounds like: a game that’s primary strategy is just to leave it on for extended periods of time.

Idle Miner Tycoon, however, takes a lot more work than that. Kolibri Studios is a 100-person team that has released more than 160 content updates since the game’s mobile launch in 2016.

Ubisoft has been making moves into the mobile market for a while now, similarly acquiring Green Panda Games, known for free-to-play mobile games like Golf, Inc Tycoon, last summer. Ubisoft used similar wording then too, saying they were strengthening their mobile portfolio.

Ubisoft also acquired 2048 Studios in 2016, and narrative free-to-play mobile developer 1492 Studios in 2018. Their mobile portfolio will likely continue to grow in the coming months.

For more on Ubisoft, check out how they are working on putting cross-play into their PvP titles or how they plan to produce multiple tv shows based on their properties.