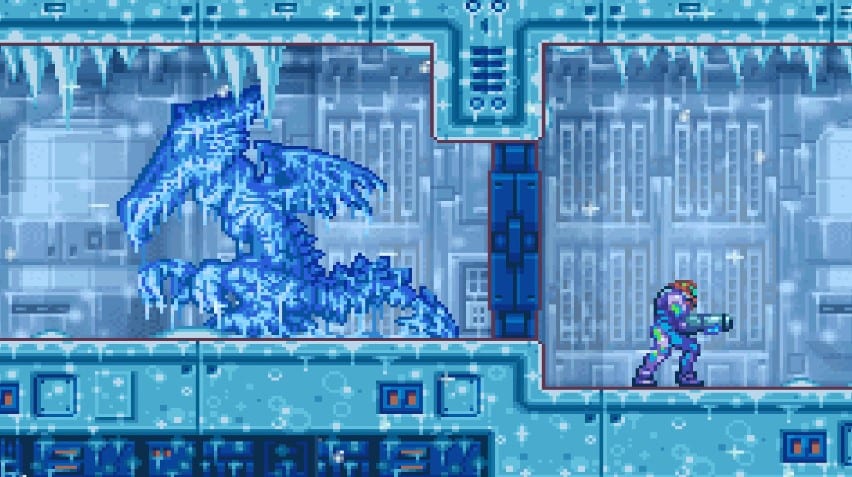 Kotaku reported earlier today that seven years and millions of blocks later Reddit user, Nyubug (Brenden), has shown off their progress on a mission to recreate all of Metroid Fusion within vanilla Minecraft.

That means Brenden is rebuilding an entire game only with the original tools and blocks that are in the base game. No mods or DLC texture packs are being used in this impressive creation.

So far, it looks like Brenden is doing a fantastic job of staying true to the original look and gameplay of Metroid Fusion. As you can see in the video below, this appears to be a nearly perfect recreation of the classic GBA title.

The camera zooming out after Samus reaches the top of the corridor is surreal and it proves that this is the real thing. As the zoom continues you can see the full corridor and a few doors that lead to new rooms.

Kotaku reported that Brenden said, “In all reality I could make just about any 2D snes/gba game if I had the resources.” He currently hasn’t announced any plans to work on building other titles within Minecraft.

According to Kotaku, Brenden is just about finished with his project and that, “Now he’s just adding a bit more polish before releasing the full data pack.”

It will be interesting to see how Nintendo responds to this project if they do at all. A well-known Metroid project called Another Metroid 2 Remake (AM2R) was shut down by Nintendo back in 2016 and the company has a well-documented history of shutting down numerous fan projects.

According to Kotaku, Brenden isn’t too concerned Nintendo shutting down this project he has spent seven years on. “If It gets taken down by Nintendo I’m 100% fine with it. I’m just doing this for fun!”