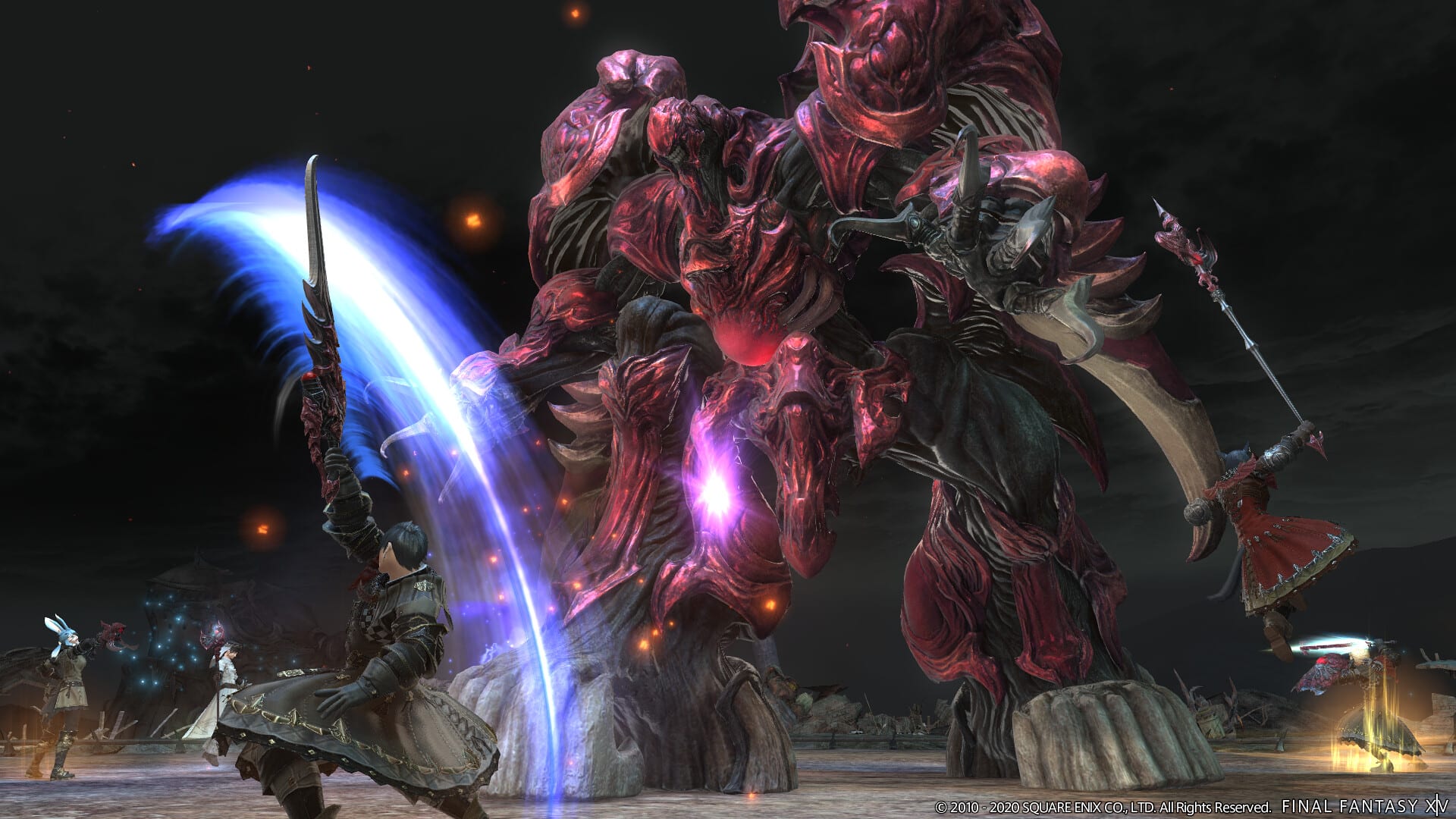 Last week, we saw the release of patch 5.2 for Final Fantasy XIV, which is rapidly becoming one of the most popular MMOs on the market right now. That patch continued the game’s main story, and also introduced a new side story involving the antagonist from A Realm Reborn, with a brand new boss battle against Ruby Weapon from Final Fantasy VII.

To say that Ruby Weapon is an iconic Final Fantasy boss would be an understatement. This Final Fantasy VII boss had a memorable design, looking like a humanoid alien with imposing tentacles.

In Final Fantasy XIV, this enemy reappears with a slightly refreshed design, invoking nostalgia from the Final Fantasy VII days, but also introducing a modern twist on it.

Lead Battle Content Designer Masaki Nakagawa explains that when designing the battle itself, they made sure to include attacks that would be familiar to old-school FFVII fans, while also making sure that the fight was tied to an FFXIV-centric story that newer players would also be able to follow.

Nakagawa also explains the process behind the enemy’s visual design, stating that they generally like to keep the original design intact. In the case of Ruby Weapon, some liberties were taken. While Ruby Weapon in FFXIV is still very easily identifiable, some of its characteristics were altered and enhanced to fit the theme and tone of the FFXIV story.

The music for the fight was, of course, also meant to pay homage to FFVII, but also included motifs of the Ultima Weapon theme in FFXIV to show that the storyline was continuing. Masayoshi Soken explains how he and writer Natsuko Ishikawa decided to approach the battle theme:

“I had some lengthy discussions with Main Scenario Writer Natsuko Ishikawa regarding the music for the Ruby Weapon battle. Ishikawa had two requests: to include an arrangement of Ultima — Ultima Weapon’s theme, and to create a song with a quick tempo to match the battle content.”

The result was a pretty exciting fight that FFXIV players can check out in the game now, provided that you’ve caught up with the main story and are at an appropriate level.