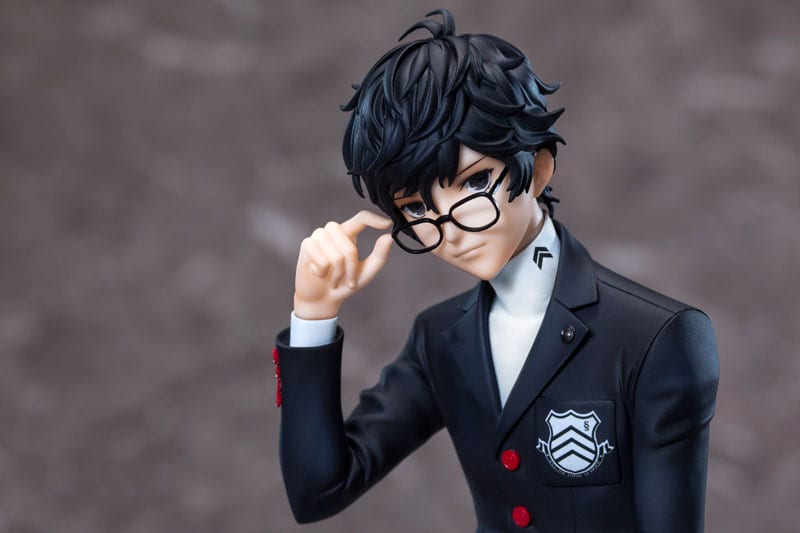 Persona 5’s hero is without a doubt the most popular among the Persona protagonists, and he’s getting another figure.

Manufacturer Soul Wing just made a handsome figure portrating Ren Amamiya available for pre-order. You can find him on Ami Ami for 12,400 yen. That approximately translates into $144.

The scale is 1/7, for about 240 mm in height, sculpted by Soulwing and painted by Aou.

The figure portrays our hero at school, wearing his iconic uniform and sitting on his desk. It’s certainly a pretty nice piece.

If you’d like to see what he looks like, you can check him out in the gallery below.

Speaking of Persona 5, western gamers will soon be able to play the upgraded re-release for PS4 Persona 5 Royal, which will launch on March 31, 2020.

If you’re more into action RPG, Persona 5 Scramble will launch for PS4 and Nintendo Switch in Japan on February 6. Unfortunately, we don’t yet know when it’ll be released in the west. Atlus USA has been completely mum about a localization.

Personally, I’m guessing they’re waiting for the release of Royal before announcing something, but that’s just my personal speculation.