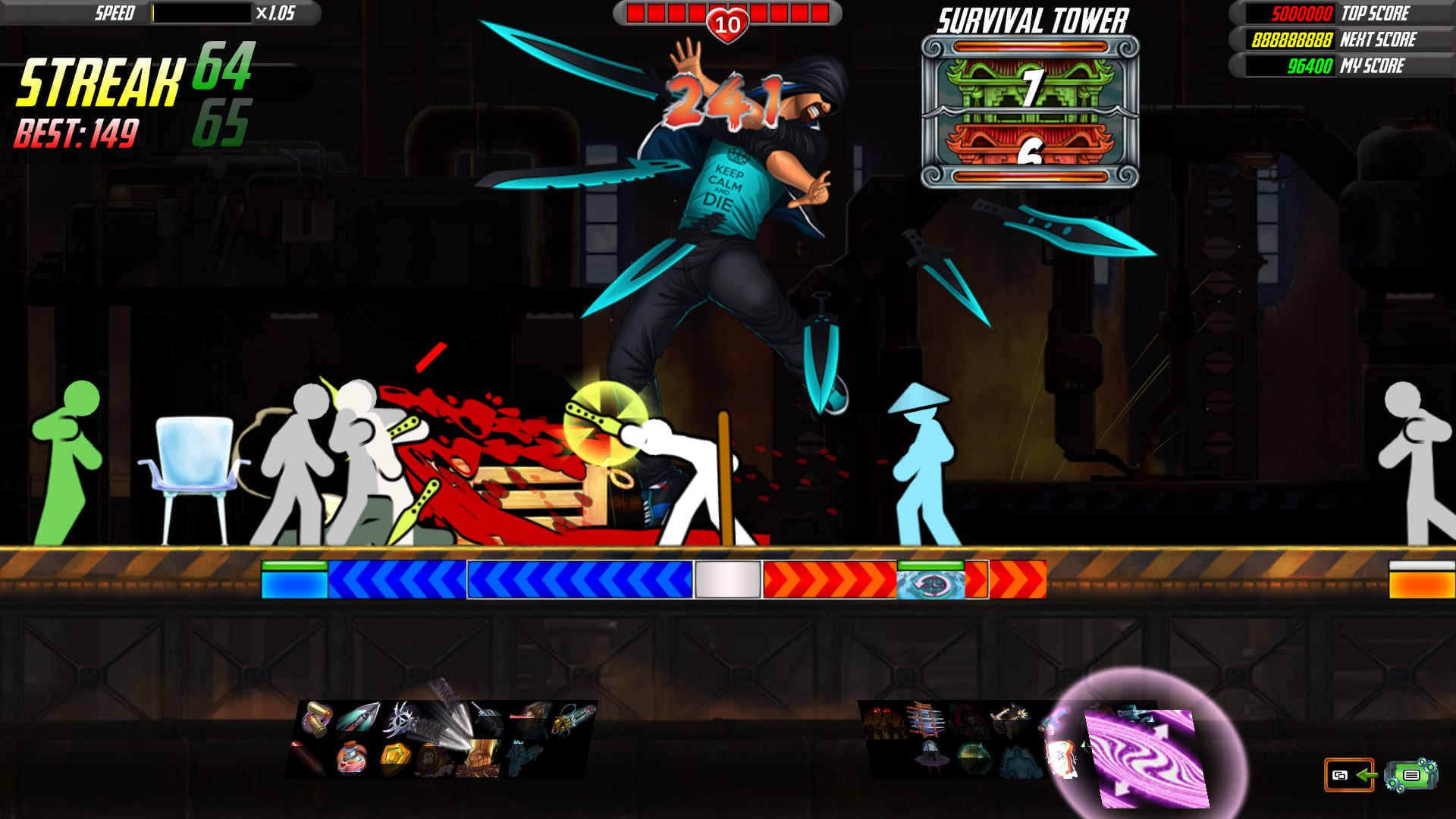 One Finger Death Punch 2, the one finger beat ’em up against waves of stick figures, is now available for Xbox One, Nintendo Switch, and GOG on PC.

The game first launched on Steam last April, and has now been ported to the two consoles. It is also available on GOG for those who want to avoid Steam and own a DRM-free copy of the game.

The first One Finger Death Punch was released in 2014 for the Xbox 360 through the Xbox Live Indie Games program, where small developers could have their games published for the platform through community voting.

“The original One Finger Death Punch was developed for the Xbox 360 using Microsoft XNA, which then was ported to PC and mobile devices,” says developer Silver Dollar Games’ Jon Flook in a press release.

“It took a little over six years to make a sequel available for consoles, but we know those who enjoyed the original game will love it on Xbox One and Nintendo Switch. It’s as fast-paced and crazy as they’d expect it to be.”