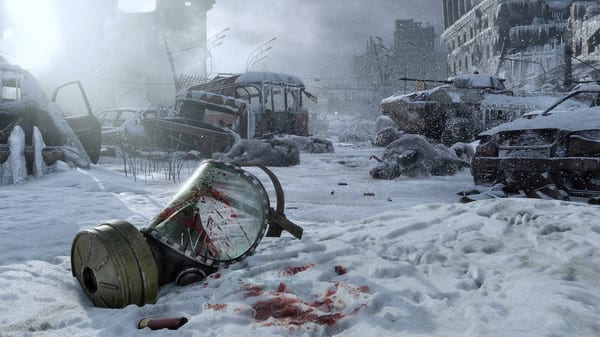 Finally releasing on Steam, Metro Exodus has been pretty popular since it launched a year ago. As you explore the world, you’ll come across human and mutant enemies, and you’ll want to take them out quickly. If you’re playing stealthily and want to kill in silence, here’s everything you need to know about how to throw knives in Metro Exodus.

Throwing knives are pretty easy to come across in the game. You’ll often find them on enemies or lying around the world, so you can just pick them up. They also stay in the world when they’re thrown, so they can be used more than once if you can find them again.

If you are short on them though, they can be bought from pretty much any vendor, and they can be crafted. Open your backpack or head to a crafting table (the easiest to access is on the Aurora) and make one using 10 materials, which are the items shown by the gear icon.

How to Throw Knives in Metro Exodus

You throw knives just as you do things that can be used to distract enemies. You need to hold R1 if you’re on PS4 (RB on Xbox One or C on PC) to bring up the throwable section of the inventory.

In the bottom left of the screen, you’ll see the options. You just need to press the d-pad button (or move the mouse in the direction) that corresponds to where the throwing knives are. The position can be changed, so you’ll just have to look for where the icon for them is.

Then, just press R1/RB/C again to get out of the throwables menu. You’ll then just be able to throw it with the button you use to shoot, which is the right trigger on consoles.

In short, to throw knives in Metro Exodus

That’s everything you need to know about how to throw knives in Metro Exodus. For more tips and tricks on the game, be sure to check out our wiki guide or search for Twinfinite.