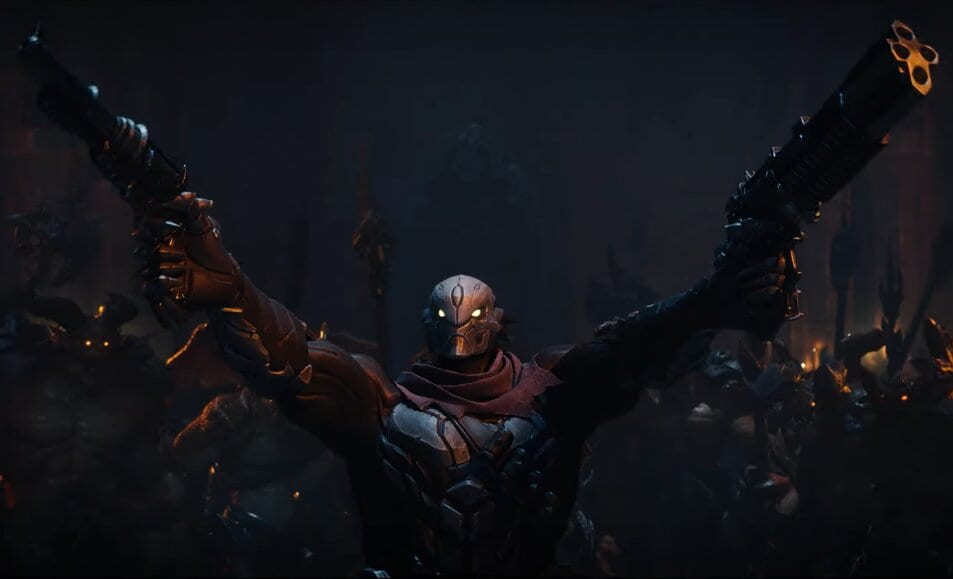 Darksiders Genesis is already out on PC, and publisher THQ Nordic wants you to know that you can embody chaos as two of the four horsemen of the apocalypse on console, starting tomorrow.

In a new trailer from THQ Nordic’s official Youtube channel, horsemen Strife and War rip and roar through hellspawn in a top-down co-op perspective, a whole new experience for Darksiders.

Now it’s coming to the consoles, PS4, Xbox One, and Switch. We liked the game on PC, saying in our review of the game “It feels like a true to form Darksiders game and should not be skipped by any fan of the series.”

Darksiders Genesis features the debut of Strife, the only horseman yet to be featured in a Darksiders game, and co-op action that can combine the two playable horsemen into a massive creature that wreaks havoc upon the world.

Darksiders Genesis launched on Google Stadia and PC in Decemeber, and launches on PS4, Xbox One, and Switch on February 14.

To help you get into the game on console tomorrow, check out our guides on how to play in co-op, change the difficulty, and open the trickster’s door.