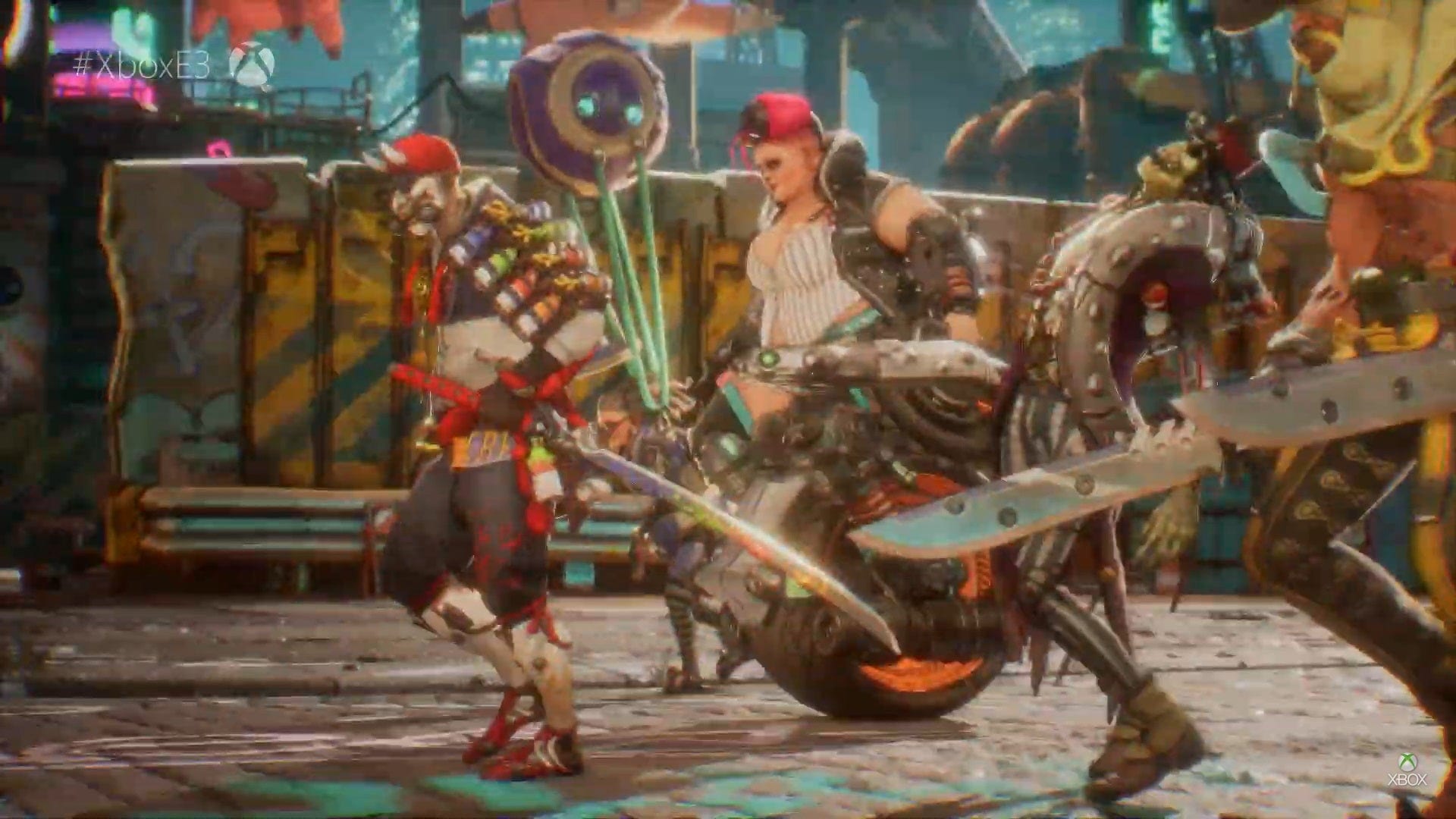 Ninja Theory may be the developer most renowned for bringing us Hellblade: Senua’s Sacrifice, but since being snapped up as an Xbox Game Studio, the team’s trying its hand at something else. Bleeding Edge is a team-based online brawler coming to Xbox One and PC next month. Fortunately, there’s a Bleeding Edge beta taking place this weekend. Here’s how to download and take part in all the fun of the Bleeding Edge beta.

There are two ways you can get access to the Bleeding Edge beta. The first requires you to simply pre-order the game. Anyone who does will be given access and can download it from the Xbox Store.

Alternatively, anyone who’s an Xbox Game Pass or Game Pass for PC subscriber can download the beta for free.

To do so on Xbox One, select ‘Game Pass’ from your home screen. Before pressing A on it, you’ll see a little advertisement for the beta. You can either select and press A on this ad to be taken straight through it, or alternatively just find the ‘Bleeding Edge beta’ under the ‘Recently Added’ section of the Game Pass app.

Once you’ve found the beta’s listing within Game Pass, simply confirm that you want to download it.

The beta has a download size of 8.7GB, so make sure you’ve got some free space.

That’s because, as is usually the case with betas for online games, the servers are only online between set times. We’ve broken these down in a variety of time zones for your convenience below.

As long as you load up the Bleeding Edge beta during these times, you should be able to join in the team-based brawling action.

If you miss out on the beta this time around, you’ll have another chance come the weekend of March 13 – March 15. The start and end times over this weekend will be the same as those listed above for the first beta session.

Keep in mind, of course, that connection stability could be a little bit shakey as Ninja Theory use the beta to fine tune, optimize, and stress test its servers ahead of the official release date.

There you have everything you need to know about how to download and play the Bleeding Edge beta. Be sure to stick with Twinfinite for more coverage on this test session as we dive into it once it goes live.