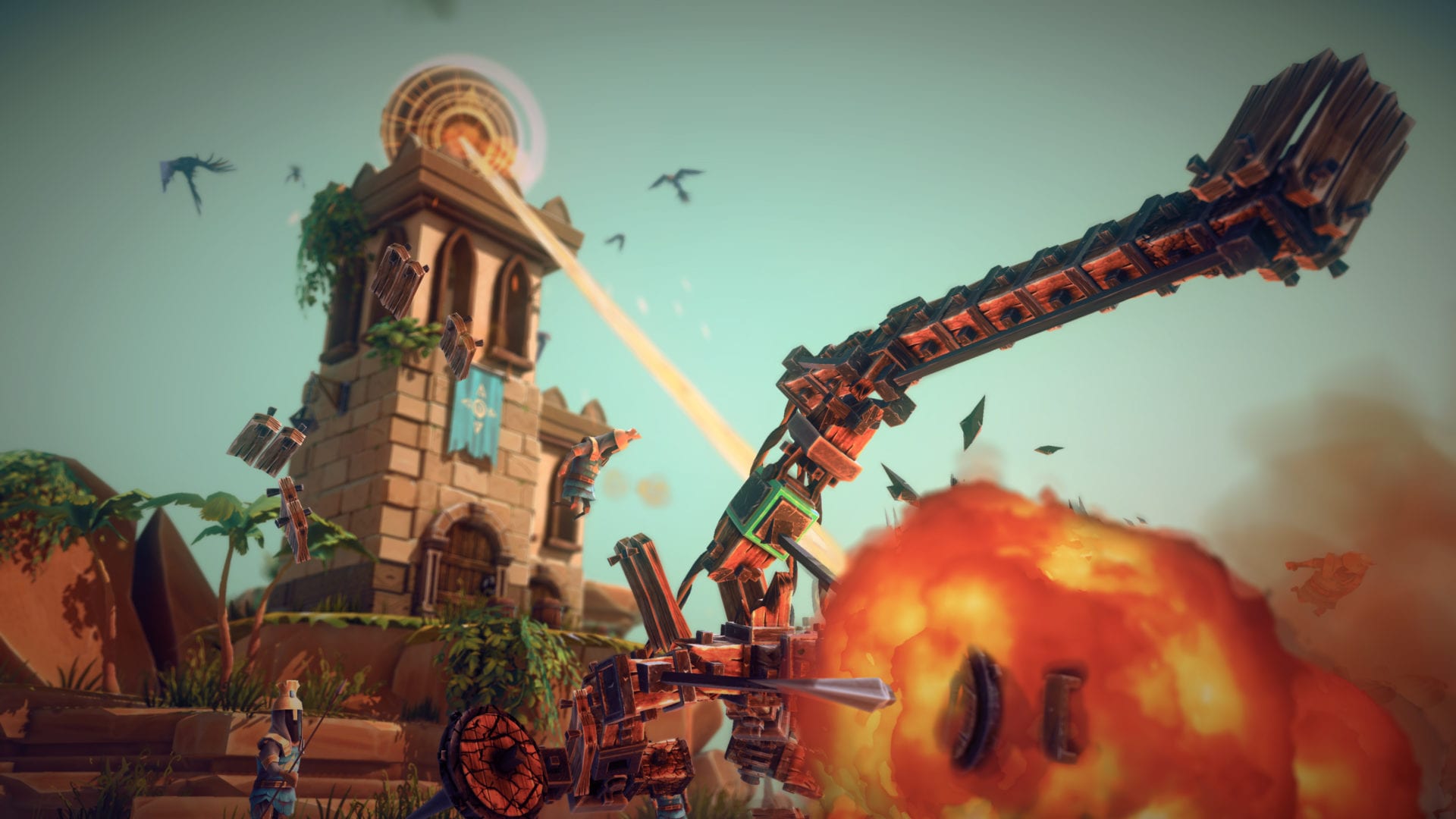 Medieval strategy game Besiege is officially launching on PC today after five years of being in the Steam Early Access program.

The game allows players to create their own medieval destruction machines to crush soldiers and fortresses with a combination of mechanical parts, weights, and physics.

The game includes Workshop support so players can download others’ creations, though some players were able to make some incredible machines right after the Steam Early Access launch.

The 1.0 update adds the final island, Krolmar, to the single-player campaign alongside a new category of blocks dealing with logic and automation. The four new blocks allow players to perform several actions in a machine with one button press, or perform it when the machine reaches a certain altitude, sensor, or time.

Developer Spiderling Studios says it plans to continue working on the game with improvements and prototyping experimental features.

Besiege is currently 50% off its regular price of $9.99 until Tuesday, Feb. 25. After the launch sale ends, the game will increase in price as per the developer’s early access plans.