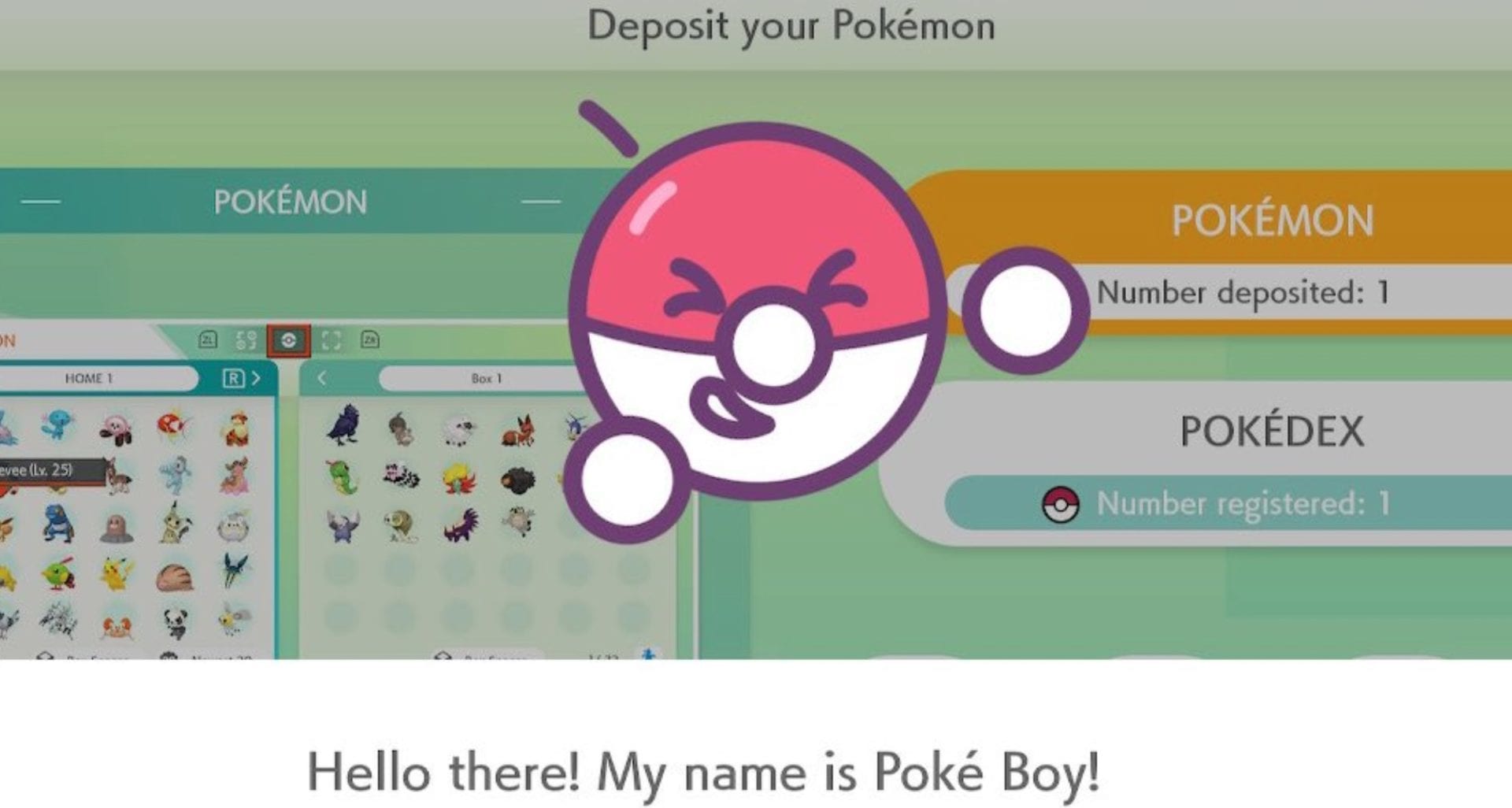 Pokemon Home is now out for the Nintendo Switch and mobile devices and allows Poke-fans all over the world to bring back their precious monsters into Pokemon Sword and Shield and keep them all safe in a place known as “the cloud.”

Once you start up the application, not only will you be greeted by a hippie version of Professor Oak named Grand Oak who looks like someone who has spent way too much time on TikTok or Snapchat or something.

But anyway, once you get past his introduction, players are greeted by an adorable little Poke Ball-shaped kid(?) that goes by Poke Boy. He acts as a sort of guide through your Pokemon Home experience and there is no doubt in my mind that this creature is the child of Ball Guy, a person in Pokemon Sword and Shield that happens to be your biggest supporter, and he always has rare balls for you but nobody knows where they come from or who Ball Guy even is.

I found some other people on Twitter who also believe that this Poke Boy is the spawn of Ball Guy, so I’m not the only crazy one:

We’re not sure who the mother of this baby Poke Boy happens to be, but Ball Guy definitely has some explaining to do. Twinfinite has reached out to Ball Guys’ people but we have not heard back yet….