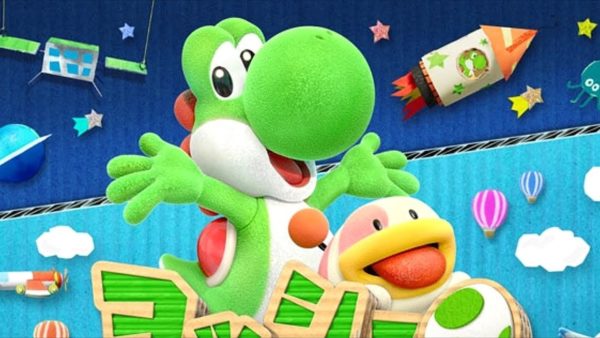 Target had a hell of a flash sale Wednesday morning, as they sold digital codes for Yoshi’s Crafted World for $1 on their website.

Those lucky enough to stay up through the wee hours of the morning managed to jump on the opportunity and snatch the game’s download code for dirt cheap.

According to Newsweek, DekuDeals spotted the huge discount, which caught the eye of Reddit user VanderLegion, who shared his experience on the Nintendo Switch thread.

“No idea why it’s so cheap, but just jumped on DekuDeals to see what was on sale right now and spotted this,” they wrote. “Went over to target.com, bought the $1 digital version, had code emailed to me instantly. Redeemed it on the eShop and received the full 300 gold points, meaning I got more in gold points than I paid to even buy the game in the first place.”

Those who managed to purchase Yoshi’s Crafted World for the Nintendo Switch earned 300 gold points. The Nintendo eShop usually gives customers points that are worth five percent of their purchase, but thanks to Target’s muck-up, they got points worth $3, meaning they racked up $2 more than they paid for the game to begin with.

Target released statement about the so-called flash sale of Yoshi’s Crafted World, explaining, “Due to an unexpected error, the item is incorrectly priced at this time. A small number of items on the site may be mispriced, described inaccurately, or unavailable. Target reserves the right to change or update information and to correct errors, inaccuracies or omissions at any time without prior notice.”

If you’re one of the lucky gamers who grabbed Yoshi’s Crafted World before the crack of dawn, you saved your money’s worth. Otherwise, better luck next time.