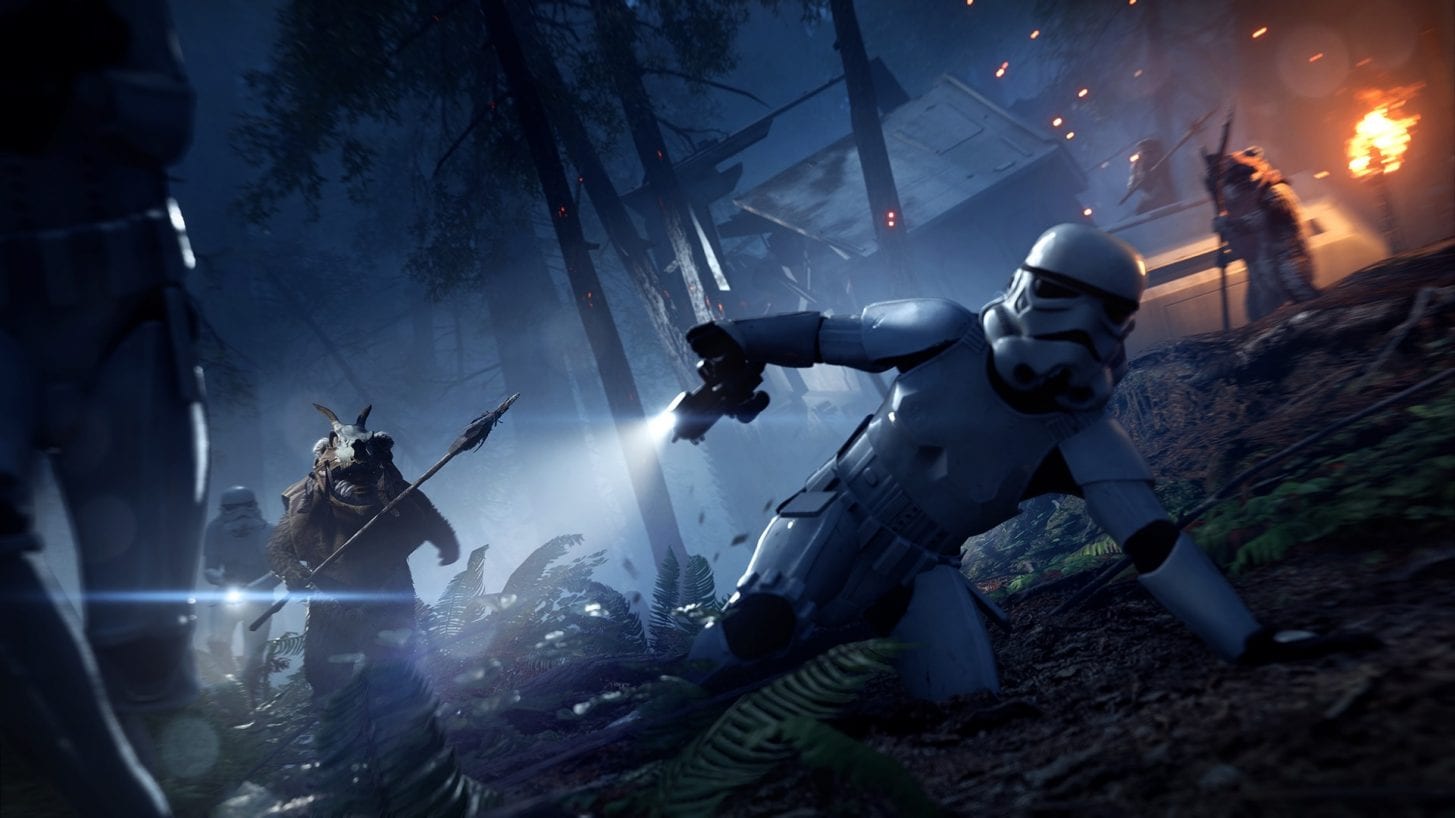 EA Dice has today providing a wealth of new information about the next major updates coming to Star Wars Battlefront II: The BB update, which will introduce both BB8 and BB9E android to the hero roster next week, Feb. 3, and The Age of Rebellion update that is to follow soon after will mark a thematic return to the original Star Wars trilogy.

First, we learn that The Age of Rebellion will see a thematic return to the original Star Wars trilogy across both co-op and Supremecy. The latter will simply be known as Supremecy, we’re told, rather than its former Capital Supremecy title. This is to “encompass all eras as the upcoming Original Trilogy variant will be fought exclusively on the ground.”

Finally, and most importantly, we hear that the Scariff map is confirmed to be making its big return with The Age of Rebellion!

Moving on to the BB update, from next Monday, players will be able to take control of BB8 for the light, and BB9E for the dark side. Comparing both new heroes, BB8 is the more agile of the two and his fast movement will prove useful as a primarily offensive hero type. Meanwhile, BB9E’s “cold, calculated” approach, with abilities based around utility, will make it an excellent support hero.

You can refer to the full update notes for a list of all BB8/BB9E stats, abilities, emotes, and more.

Below we’ve listed the key takeaways from the BB update, but again, refer to the full update notes for a complete breakdown of the patch notes.

Again, if you want full patch notes then head over to the blog as they’re far too extensive to list here.

Today’s BB update news follows on from the previous Rise of Skywalker update back in December.