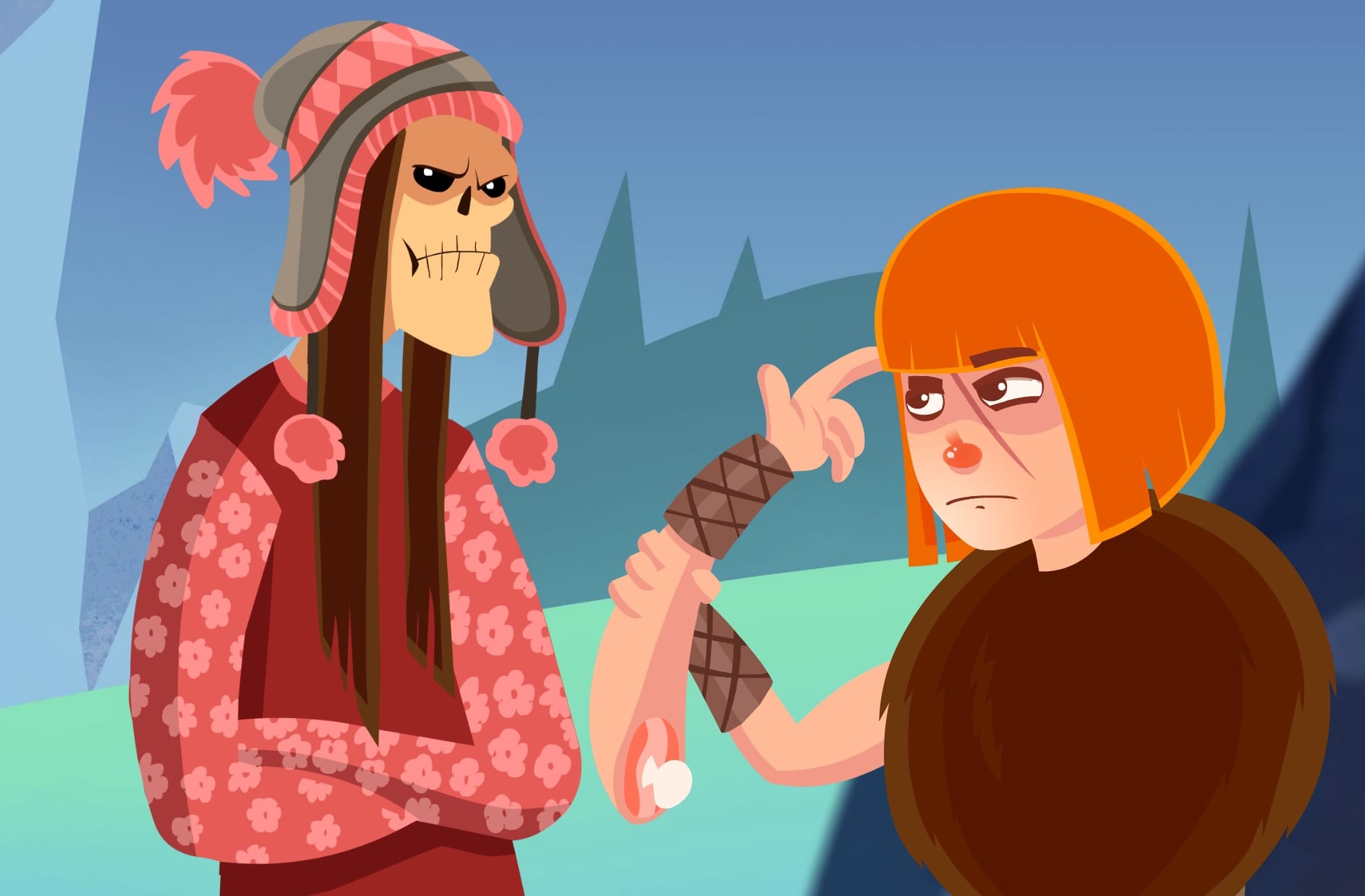 Platformers rely on the constant threat of death via bottomless pits, spike traps, and swarms of enemies to keep gamers on their toes, but what happens when the main character reacts to decapitation with only a sigh? That is the sort of experience audiences can look forward to in Perfectly Paranormal’s upcoming game, Helheim Hassle.

In Helheim Hassle, players will take control of Bjørn, a viking boy with an unfortunate bowl cut and distaste for violence. He doesn’t like the concept of dying and being spirited away to the warrior’s afterlife of Valhalla, so imagine his surprise when that actually happens. Not half as surprising as when he’s resurrected as a living corpse with the ability to detach and reassemble his limbs in wacky configurations, though.

Perfectly Paranormal touts Helheim Hassle as a “narrative adventure game” that requires players to reassemble Bjørn’s limbs to solve puzzle platforming challenges, as well as complete quests from elves, dwarves, blue-collar goblins, and the occasional bear ghost. These characters are scattered throughout the game’s fourteen levels and brought to life by professional voice actors and thousands of spoken lines of dialogue.

Helheim Hassle is scheduled to launch later this year on the Nintendo Switch, Xbox One, and PC via Steam. If you own a PlayStation 4, don’t worry; the game will release for that console in due time.