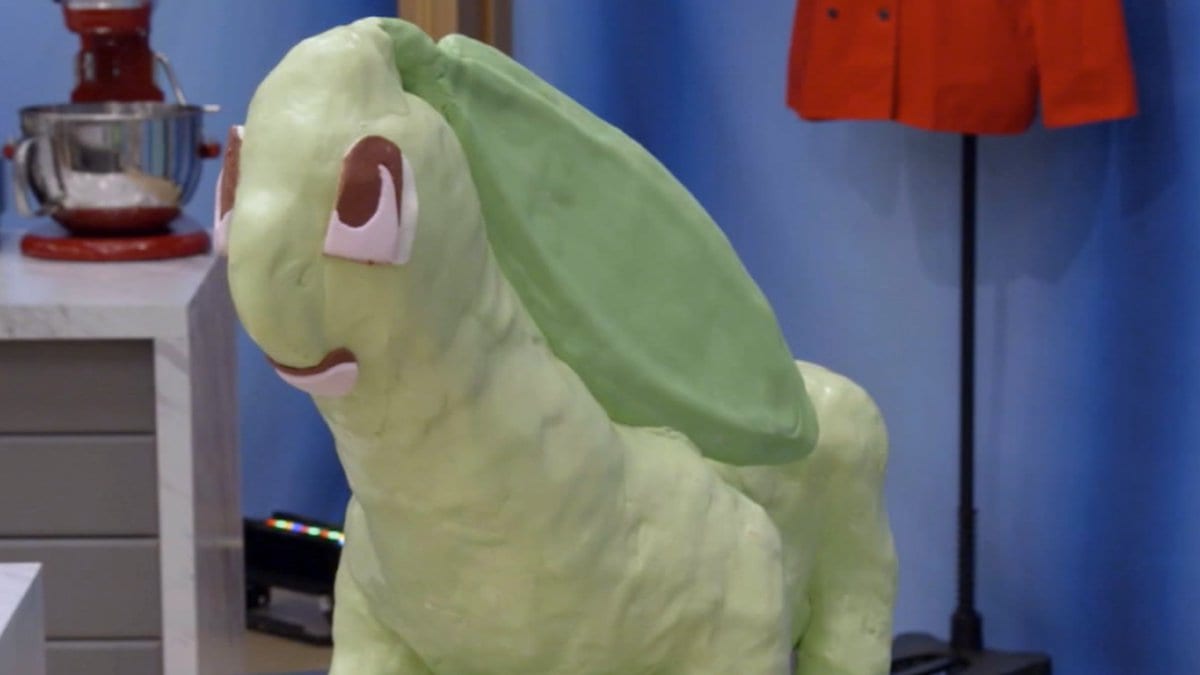 The Food Network Challenge is typically a topic that we would not cover here at Twinfinite but this weeks episode was all about creating edible Pokemon and battle scenes from the popular pocket monster universe and let us be the one to tell you that it ended up being a complete disaster, for the most part.

Originally reported on by Kotaku, this special episode of the Food Network Challenge pits bakers against each other as they are assigned specific Pokemon to craft under a strict time limit and once they are finished, their Pokemon is judged by a panelist to see who is eliminated from the first round and who moves on to the next one.

Several different Pokemon were created by these bakers and some of them were OK and some of them were just hard to look at, like this Chikorita that was made by Allison Stamm. The little bead necklace is missing from its neck, the entire piece is just a bit too bulky and the butt is larger than ever. She did manage to get the dark coloration on Chikorita’s leaf though so that’s something.

Another contestant named Manuel managed to get the likeness of Sobble just right… well, his feet are a little weird and some teardrops would have been nice to see, but it’s not bad!

The winner of the episode managed to create an almost perfect rendition of the Kanto starter, Bulbasaur –it even shoots edible leaves out of its bulb as if it was using Razor Leaf!

That Bulbasaur was definitely the highlight of the episode especially thanks to the leaves shooting out of its back but one of the worst ones has got to be this Squirtle who looks like it’s about to give you a very terrifying hug.

I don’t want to spoil the entirety of this Pokemon-themed Food Network Challenge for you, but you should definitely check it out for yourself if you want to have a few laughs. You can watch the episode here on the Food Network website but you’ll need to log in with a cable provider. Otherwise, you can watch this low-quality YouTube upload… like I had to do: