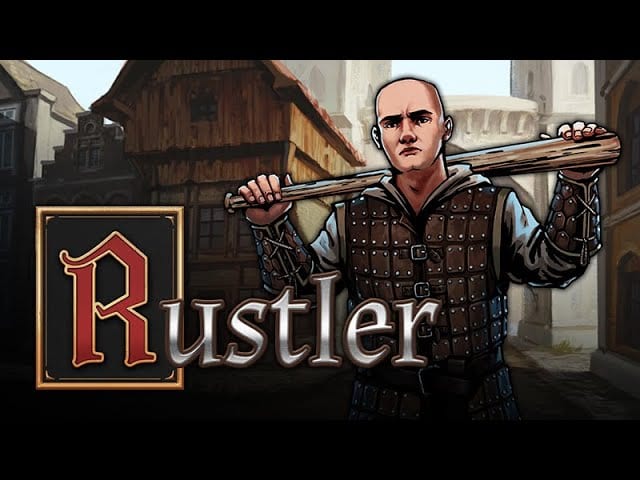 “Toss a Coin to Your Witcher,” the annoyingly catchy bard’s tune from Netflix’s popular series, seems to have penetrated every corner of the internet. I’m sick of the sound of it, honestly, but I have to tip my hat to the genius of this hilarious spoof of it that developer Jutu Games is using to promote the launch of a Kickstarter campaign for its brilliant-looking Rustler.

Rustler is a top-down action game inspired by the original Grand Theft Auto games. Players will have total freedom to run around the sandbox stealing horses, generally causing mayhem, and partaking in a bunch of mini-games. There’s apparently a “light” story, too, but it looks like the crux of the game is really just about tomfoolery.

While it’s the promotional video that really caught my eye, I have to say that I’m quite impressed by what I’ve seen of the game so far in its various gameplay trailers. The fusion of the medieval aesthetic with the old school GTA top-down perspective and gameplay design –which we’re crying out for more games to copy– looks like a masterstroke

Rustler is slated for an October 2020 launch, so it isn’t far away. There’s a playable Alpha available for those that pledge at the $25 tier or higher.