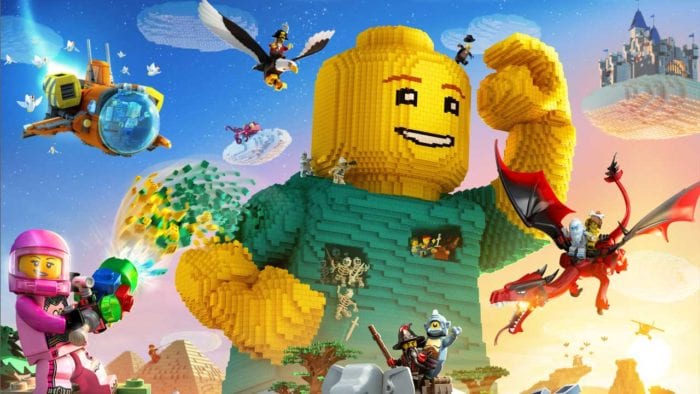 Lego Worlds features a collectible currency called Gold Bricks, which is essentially a measure of how much experience you’ve accumulated throughout your adventure. You’ll be using Gold Bricks to level up, and in turn, gain new items and abilities. The trouble is, once you’ve finished the tutorial levels the game never really explains how you go about getting more. Here’s how to get gold bricks fast and easy in Lego Worlds.

Getting Gold Bricks After the Tutorial

As alluded to above, your first encounter with Gold Bricks is as part of the tutorial section of the game, which guides you through the first few worlds. During those initial worlds, you’ll earn the currency and will then be encouraged to spend it unlocking new worlds. But when the tutorial ends and your Gold Bricks run out, how do you go about moving onto the next world?

You’ll have noticed the next worlds seem to only be unlockable by purchasing paid DLC. This is a bit of a trick on the part of the developer because there’s actually not a strict order to unlocking new worlds. That said, you’ll also have noticed that next new world requires a fair bit of Gold Bricks.

To gather more, simply click on the space ship icon in the bottom left of the galaxy map. You’ll then have opened a new set of icons, one of which reads “Find a Random World.” Click that and you’ll be taken to a world that will have plenty of activities that reward you with more of this precious material.

How to Get Gold Bricks Fast & Easy in Lego Worlds

Beyond the tutorial stages of the game, each world is randomly generated in Lego Worlds. Therefore, there’s no specific method we can give you on how to gather Gold Bricks.

There are, however, some things to keep in mind that should give you a pretty good routine to finding them in each world. These are as follows:

One key thing to remember is that you’re able to generate as many worlds as you like, so if you’re running out of options in one world, just leave!

That’s all we have on how to get gold bricks fast and easy in Lego Worlds. For more useful tips and information on the game, you should search Twinfinite.