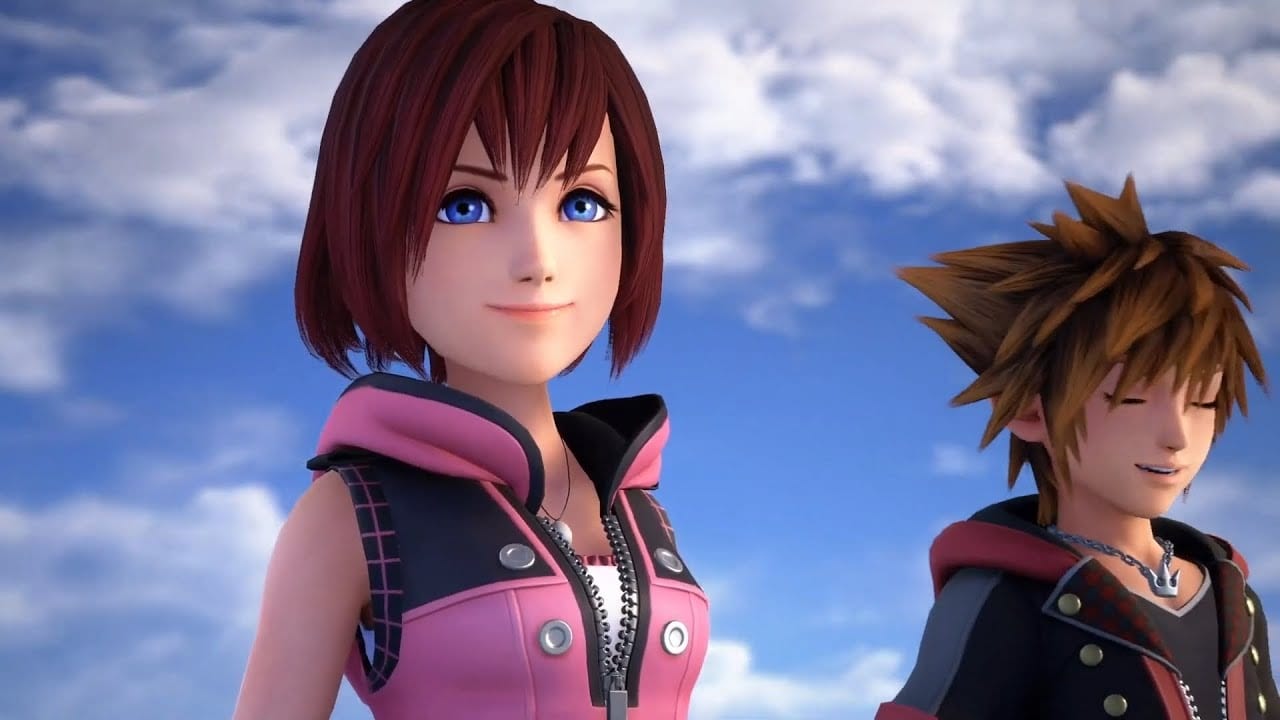 Kingdom Hearts 3‘s ReMind DLC is fairly linear design-wise, but it does have its moments where you’ll need to explore labyrinthian areas for specific items. That’s why we’re here to guide you to the locations of all of Kairi’s heart pieces.

About halfway through the first episode of Kingdom Hearts 3’s ReMind DLC, you’ll be tasked with tracking down five separate fragments of Kairi’s heart within the city where you fought Xehanort at the end of the base game.

While this may seem easy enough in the first area – as the game gives the first piece to you via a scripted encounter – it becomes more difficult once you enter a new, larger section of the city.

Fortunately, we’ve done the leg work and can point you toward the next four pieces with the instructions below.

After entering the second part of Scala ad Caelum in Kingdom Hearts 3 ReMind known as the Breezy Quarter, head north through the center of the city. At the edge of the area, you’ll find a golden spherical device with three rings around it, all with a colored object you can lock onto at their centers.

There will likewise be spots on the sphere which correspond to the colors of the rings: One red, one blue and one green.

Hit the rings to get them to move up and down, and then hit them again when a light produced by the rings lines up with the spots on the sphere. After all three are lined up, a heart piece will be given to you along with a scripted encounter to overcome.

After you’ve got the second Heart Piece in Kingdom Hearts 3 ReMind, head south from the golden sphere and look for a bridge on your left. Go into the opening, and once you do you’ll come to a bridge overlooking a stairway leading down into a lower area of the map.

From there, head down into the area. you’ll come to a series of waterways which will lead you to an area blocked off by a pulley door. You can open it by hitting the pulley wheel to the left of the door.

Open the gate and head inside. There, you’ll find a chain structure containing a heart, though the only way to open it will be to hit it from above with a Dive Attack.

Fortunately, the gate you opened now acts as a foothold to help you reach a shaft leading upward. Turn around and jump up onto the opened gate, and then climb the walls upward until you reach an opening overlooking the chain structure down below. Fall down toward it into a Dive Attack, and you’ll have one more Heart Piece under your belt.

To get the next of Kairi’s Heart Pieces in Kingdom Hearts 3 ReMind, you’ll need to head back to the upper portion of the area.

Head back out of the waterways, and then make your way toward the upper left corner of the map. Once there, you’ll find an empty fountain with a series of strange golden structures around it.

Strike each golden structure until they produce a line of water spouts leading to the center of the fountain. You’ll need to be quick about it, as they stop producing water after a short time.

Once all four are activated, one of Kairi’s Heart Pieces will appear at the fountain’s center, along with a scripted fight. Finish off the enemies that appear, and then you’ll get a brief cutscenes chowing you where the final Heart Piece is located.

The fifth and final piece of Kairi’s heart you’ll need to find is one of the easier ones to track down in Kingdom Hearts 3 ReMind.

After the game gives you a hint of where to look for it, head toward the southwest corner of the map. Once there, you’ll come to a courtyard with a mural on the ground and the final Heart Piece at its center.

Go toward the Heart Piece, and once you get close enough, you’ll trigger a boss fight against a Darkside. It’s a fairly quick boss fight, and so long as you dodge its AOE shockwave attacks, you should be able to take it down in no time and nab the last of the Pieces you’ll need to collect.

Hopefully this guide made collecting all of Kairi’s Heart Pieces in Kingdom Hearts 3 ReMind a little easier. For more on the game, check out our review of the base game from its launch last year.

Likewise, check out our guides on how to get the Oathkeeper and Oblivion Keyblades, both of which were made available free of charge in anticipation of ReMind’s release.