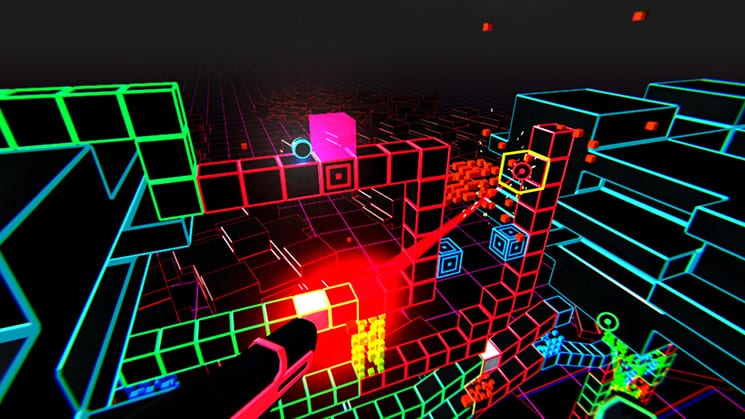 Action-Puzzler Neonwall, which first launched as an Oculus and PSVR game in 2018 but later came to Nintendo Switch, now has a free update that turns into a Labo compatible VR experience. It’s the first-ever third-party title for the peripheral that’s been given the all-clear from Nintendo to feature VR support.

It’s a fact that developer and publisher JanuSoft proudly touted earlier today in a Tweet:

We are very proud to announce our FIRST #NintendoLabo Toy-Con VR Game.
A FREE Update for #neonwall.
We are the FIRST Third-party to get approval for this kind of update.

Get your copy with a little discount from the eShophttps://t.co/Kzw3aFAXkx#SwitchCorps #NintendoSwitch pic.twitter.com/svGMIJ4Tie

While the update itself is a first, Neonwall isn’t quite the first-ever third-party Labo VR game — that distinction actually goes to Space and Wolf VR.

Neonwall is a puzzle challenge that throws different obstacles at players to test their skill, reflexes, and concentration. Players are tasked with guiding a pinball across different levels by aiming and shooting different blocks using a Joy-Con controller.

The game features three different game modes: Runner, Puzzle, and Time Trial, and there are over 50 levels to play.

You can check out Neonwall’s launch trailer below.