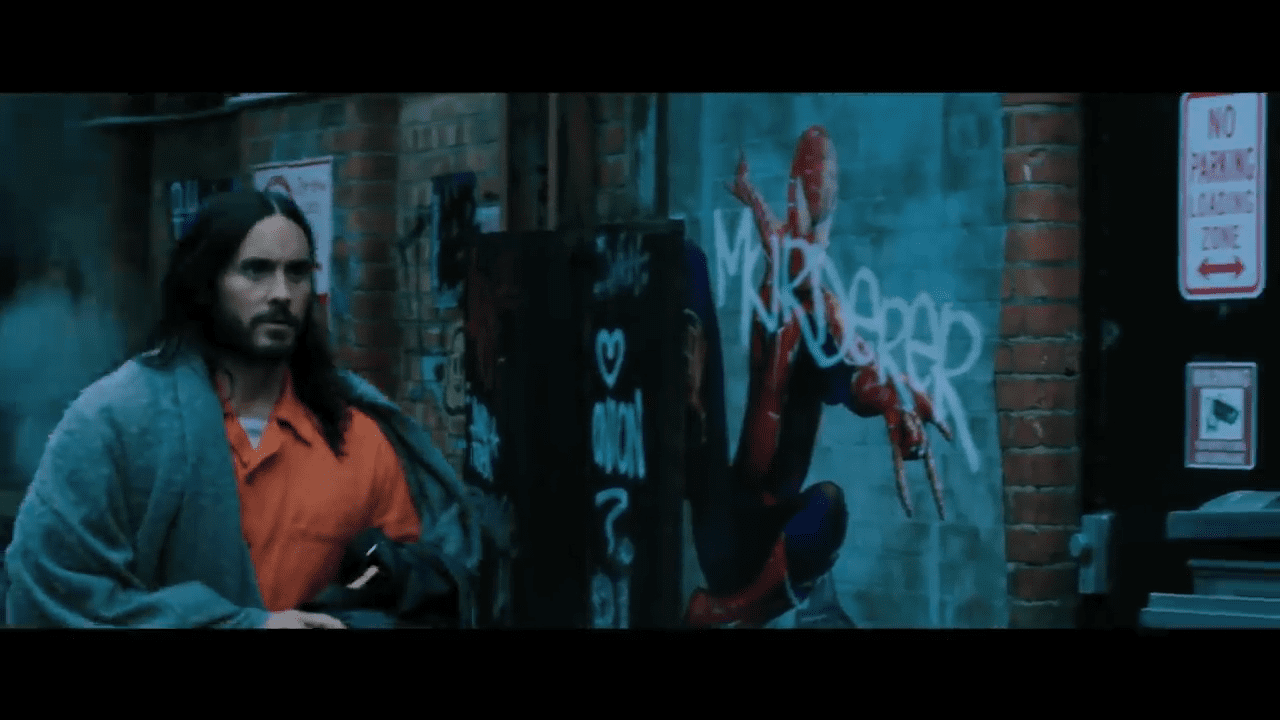 Morbius looks promising in its first trailer today, which not only teased the storyline of its titular vampire protagonist (Jared Leto as Morbius) but also tie-ins with other marvel characters featured in previous Sony movies, such as Spider-Man and Vulture.

If you’re not up to speed with one of Marvel’s lesser-known characters, Morbius is the tale of a doctor suffering from a rare and fatal blood condition. He discovers a cure, of course, but at the cost of turning him into a bloodsucking human/bat. Good news? He’s got superpowers. Bad news? Well, the whole bloodsucking thing.

Throughout the trailer sequence, there are two surprising easter eggs that pop up. First, the picture of Spider-Man behind the graffiti that reads “Murderer” at 2.10, and then Vulture (Michael Keaton) appears at the very end of the trailer with a cheeky one-liner.

Quite where Morbius fits into the timeline of Homecoming we’re not sure, and now we’re wondering whether Tom Hardy’s Venom might also show up at some stage, too. The implications for the story of Morbius and the prospect of another comic book connected universe has certainly added a bit of extra intrigue to the film.

You can check out Morbius’ first trailer for yourself below.

Today’s trailer follows on from news midway through last year that Sony and Marvel had reached an agreement over the Spider-Man license.