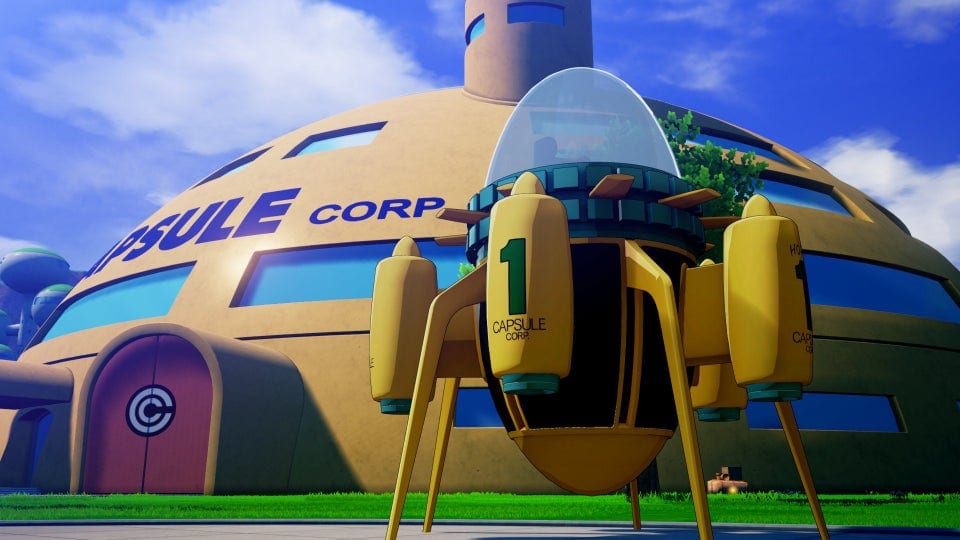 Dragon Ball Z Kakarot is a lengthy RPG that takes you through all of the original anime, from the Saiyan Saga to the Buu Saga. There’s plenty to do after you complete the main story, however, and eagle-eyed players might notice Bulma and Trunks’ time machine sitting around. That’ll probably leave you wondering, can you use the time machine in Dragon Ball Z Kakarot? Well, we’re here to give you an answer.

Can You Use the Time Machine in Dragon Ball Z Kakarot? Answered

Dragon Ball has long dealt with the concept of time travel, as it was a central part of the Cell Saga. After the end of the game, if you head outside the Capsule Corp. you’ll see Doctor Briefs working on the time machine. Unfortunately, he says it isn’t quite ready and needs a bit more time before it’s ready for take off.

The time machine isn’t currently usable in this version of the game. By all accounts, the time machine will come into use later on in future updates, and/or the DLC for Kakarot.

As of writing, we don’t have a release date for the update, but once there is one we’ll update it here.

We also know that Kakarot’s Season Pass will have “two original episodes and one new story.” As to what that means, we don’t really know yet, but it’s possible players could be using the time machine to jump into the future or past. After there’s plenty of Dragon Ball content to draw from, like GT, Super, and the movies with Cooler or Broly.