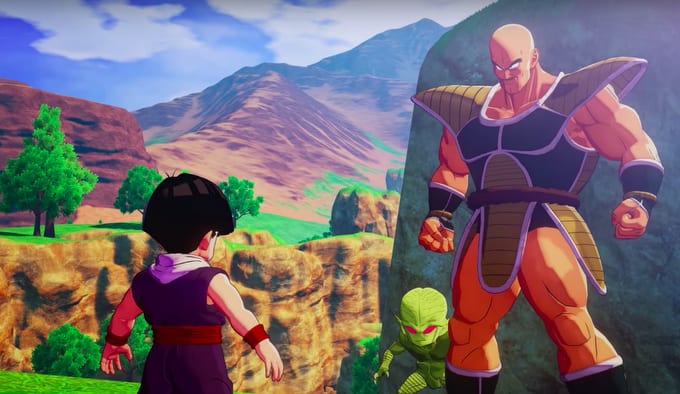 Dragon Ball Z Kakarot offers a plethora of wishes for you to make through the Dragon Balls, but one which might leave you scratching your head is the one that reads “I want to fight Nappa again.” Fortunately, we’ve done the leg work and figured out what reviving Nappa does in Dragon Ball Z Kakarot to save you the trouble.

What Reviving Nappa Does in Dragon Ball Z Kakarot

As its wording suggests, making a wish to fight Nappa again in Dragon Ball Z Kakarot allows you to challenge the chrome-domed Saiyan again in the same area where you first fought him, in the form of a side quest titled “Saiyan Power.” However, there are conditions to when and how you can face him again.

First and foremost, you can only fight him again as Gohan. Challenging him as any other character will keep the side quest from prompting, and keep you from initiating the fight.

Likewise, you can’t fight him if you’ve triggered a level 50 Villainous Enemy to appear, as he’ll be included in the enemy’s party. Even if you go to the side mission marker where he’s supposed to appear, he won’t be there until you’ve defeated the Villainous enemy, which is no easy feat.

What You Get for Fighting Nappa Again

Jumping through these hoops to fight Nappa again in Dragon Ball Z Kakarot is worth it though, if only because it holds some rewards that aren’t obtainable anywhere else.

In addition to a hefty bit of experience for Gohan and his support characters, you’ll gain access to Nappa’s Soul Emblem for use on Community Boards. It has a decent spread of stats across each board, but its Adventure stat, in particular, is fairly high.

Likewise, you can boost its score by airing it with Vegeta and Raditz’ Soul Emblems for a boost in all of their efficiencies.

Hopefully, this cleared up what reviving Nappa does in Dragon Ball Z Kakarot. For more on the game, check out our guide wiki for guides on topics like how to get a royal tomato and how to get Green Z Orbs fast.