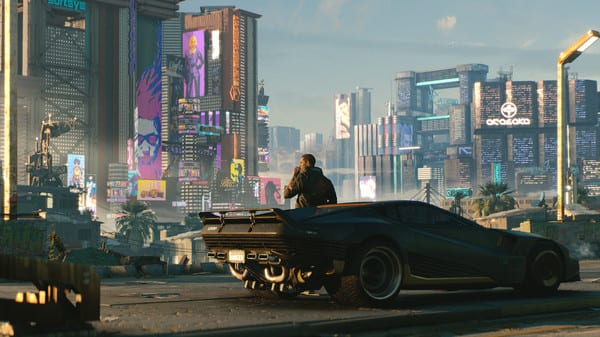 The last decade saw open world elements leak into almost every genre. Even the likes of Wolfenstein and Tomb Raider have embraced open areas that give players more freedom and persuade them to explore. As we move into a new decade, we’re looking at the best open world games 2020 has to offer.

Exclusively open world games, that aren’t just large but slip up areas, are becoming a little rarer, but they’re far from dying off.

Looking at the games we’ve listed below, the open world games genre is thriving as we more into a new console generation, which makes what is to come even more exciting.

Up there with the most anticipated games of any genre in 2020, alongside Final Fantasy VII Remake and Last of Us Part II, Cyberpunk 2077 looks set to truly move the needle for open world games.

Set in a futuristic and dystopian city, which is quite the departure from CD Projekt Red’s The Witcher series, you play as a mercenary called V and you head out into the world to complete quests in different ways.

When we got an extended look at the game at E3 2019, we learned about all the different ways you can approach situations. Hacking, all out action, stealth, and persuasion are all legitimate tactics that can not only change individual quests but also the entire story and make-up of Night City.

Much of the variety will come from how you build and customize your version of V. From different stats and skills to different backgrounds that affect personality, few playthroughs will be the same

Also, after The Witcher 3, we’re expecting Cyberpunk 2077’s open world to be incredibly detailed and atmospheric, making exploration some of the most fun you can have. It’ll be a surprise if Cyberpunk isn’t in the Game of the Year conversation come the end of 2020.

Although the combat was a little clunky at times, Techland’s first Dying Light game was an enjoyable surprise. Leaping across the map, brutally taking out zombies was always going to be fun, but the fluidity of Dying Light’s traversal made it even better than expected.

For the sequel, which will release five years after the first, is promising a huge step forward. The map will be significantly bigger, the zombies have mutated to make them even more dangerous, and choices are now a big part of the story.

In key moments, your decisions can have an impact on not only the story, but on the map and world itself. Different things can become available to you, and certain decisions may keep areas of the map completely hidden and inaccessible.

In the preview we saw at E3 2019, the best thing about Dying Light 2 seems to be how the excitement and intensity of the action have been ramped up significantly, making the story more engaging and the world more terrifying. We’re excited to see exactly how much of a step forward Dying Light 2 is going to be.

While we’re yet to see a huge amount of gameplay of Ghost of Tsushima, aside from what was shown during the release date reveal at The Game Awards, Sucker Punch has shown with their InFamous series that they know how to develop quality open world games.

Ghost of Tsushima will certainly be a bit of a departure in terms of style and gameplay. Instead of modern cities and superhero powers, their 2020 release is set in 1274 Japan and you play as one of the few surviving samurai that have been attacked by the Mongol Empire.

Just as the setting always is in video games, Feudal Japan will look incredible in Sucker Punch’s game and it will be more than a conventional samurai game.

As the studio’s own description of the game reads, “You must move beyond your samurai traditions to forge a new way of fighting—the way of the Ghost—as you wage an unconventional war for the freedom of Japan,” which suggests that the combat will be something unlike anything we’ve seen before, which is exciting.

That being said, it seems to be more bright and breezy than the likes of Far Cry or even Assassin’s Creed, having more in common with the likes of Nintendo’s The Legend of Zelda series.

Ubisoft describe it as a “storybook adventure” and you’ll explore the epic open world, taking on quests and battling in dungeons to save the Greek Gods.

With extraordinary abilities making up your arsenal and mythical stories influencing the world, Gods & Monsters has the potential to be a great open world action game and the next title in Ubisoft’s long line of franchises. We just have to hope that is plays as well as it looks.

New Horizons might not have the sprawling metropolis open world settings of other 2020 games on this list, but it has plenty of other things going in its favor.

Most long time Nintendo fans have probably dabbled with the Animal Crossing series before, getting into the outdoor lifestyle, and the format is mostly the same here.

You’ll be slowly improving your cute little life on the island, fishing, crafting, and completing quests for the other creatures living nearby. It’s all about time-management, expanding your home, and learning more about what’s nearby, and you can relax all the while.

If you’re looking for something a little more relaxing from your open world games, then Animal Crossing: New Horizons will be the perfect choice.

The Watch Dogs series has had an up and down lifecycle. The first game was popular but suffered from a boring protagonist and repetitive gameplay, while the sequel was more lighthearted and well received, but sold comparatively poorly.

Legion moves the series to a post-Brexit London, where society is falling apart. The general premise remains the same, with DedSec trying to liberate the city.

The new open world, which is a dystopian version of England’s capital, looks great, but there’s one particular selling point to Legion.

Ubisoft has said that you’ll be able to control any of the NPCs in the game, from old ladies to troublesome teenagers. How it’ll actually affect gameplay isn’t entirely clear, but it’ll certainly add the personality that the first game desperately lacked.