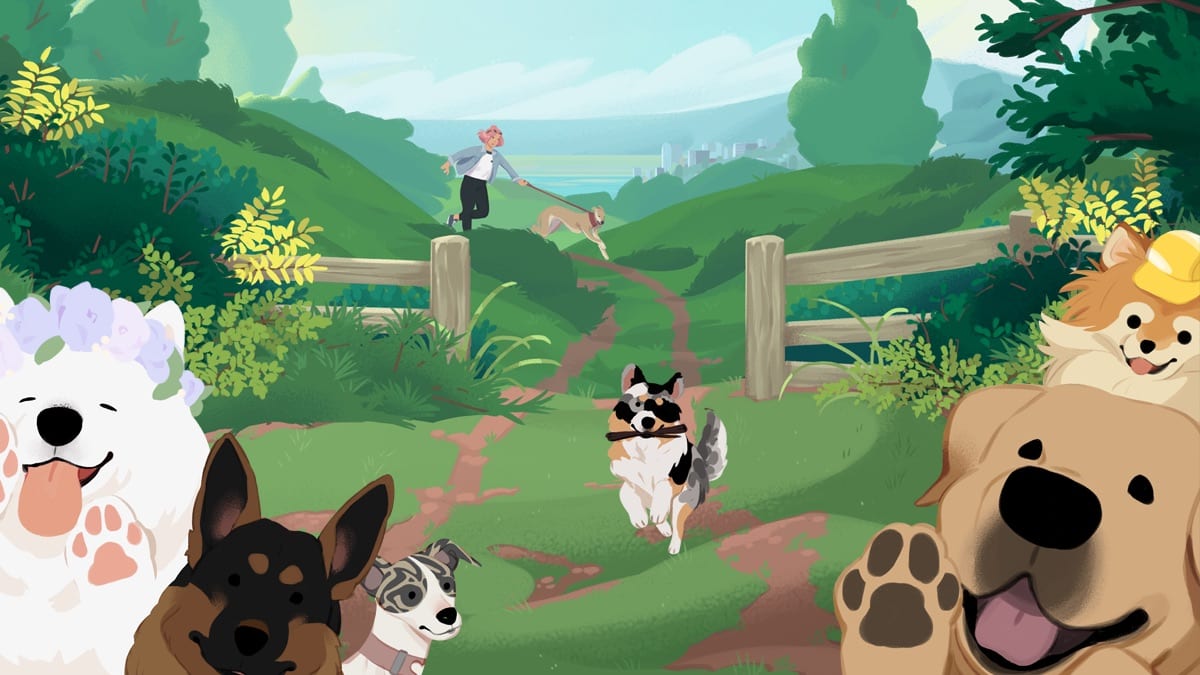 Best Friend Forever is an upcoming indie title from New Zealander developer Starcolt that combines dating with pet care. We got a chance to chat with Starcolt gamerunner Calliope Ryder on what to expect when it launches in May.

Calliope Ryder: Thanks! We’re really lucky to catch a lot of attention at the surface level of what BFF is about, but our deeper values mean that BFF encompasses diversity in a very holistic way.

This means that we’ve managed to create characters that most people can identify with, whether that be in age, race, size, identity, disability, or even responsibilities — like kids, busy work lives, and other things that inevitably come up in dating.

Aside from that, we’ve moved the stat management to the player’s dog training, rather than focusing on upskilling your character. It’s an interesting twist that we’ve had some great feedback on.

Tony: How did your team come up with the concept?

Calliope Ryder: Lucy (our Studio and Creative Director) had been cooking up the idea of merging a dog care game with a dating sim for a while. As more of the team jumped on board, the more the concept solidified – everyone loves dogs, and dating sims are in a Golden Age right now so it just made sense.

Tony: Each character feels rich and nuanced, intriguing players to seek out more. What was the process like for developing these characters? Was there a rough idea in place that was built on?

Calliope Ryder: We didn’t really set out to ‘fill’ any particular roles or make sure we had ticked a certain quota on different types of people — the characters are just a selection of people with their own challenges and flaws that you might meet if you moved to a new city.

Our main goal was to make sure that we steered away from having a bunch of eighteen year old love interests that mysteriously don’t have jobs and are also somehow completely available to the player. We just wanted to ensure that we got a pretty broad range of folks.

Tony: The game includes non-binary pronouns and romance options regardless of how you set up your avatar, making it all-inclusive. This trend has been catching on in dating sims, would you say that the nature of the genre makes it more open and progressive than other types of games?

Calliope Ryder: I’d say so, to a certain extent. Love games have a pretty welcoming audience who are open to being more inclusive, which perhaps comes with the content — if you’re wanting to experience something soft and fuzzy, chances are you’re absolutely okay with making sure everyone gets to experience that too.

Tony: What was the process for selecting breeds of dogs that will appear in the game?

Calliope Ryder: Variety and also health! We steered away from breeds that were known to have health issues due to boutique breeding. We still have one adoptable dog that will be announced very soon, so stay tuned to hear who it is!

Tony: As Starcolt is based in New Zealand, have you snuck in any references for Kiwi players?

Calliope Ryder: We sure have! Maybe if you take a closer look at the map of Rainbow Bay… Plus, we’ve taken a lot of architectural and local inspiration for the locations in the game, which has been really fun to do.

New Zealand scenery and landscapes aren’t often shown in games at all so it’s nice to be able to slip in some hallmarks from home.

Tony: What have been some of the challenges in developing this game?

Calliope Ryder: We’re a really small team, and each department is a one person department. We’re pretty good at bouncing ideas off of each other but it’s tough when you’re the sole vision holder of your role and decisions constantly come down to you.

We’ve decided to push our release date from the initial Valentine’s Day release to May 14 2020 to make sure we have plenty of breathing space to deliver the quality product that we want our players to experience.

Tony: What is something you want people to know about Best Friend Forever, that maybe hasn’t been discussed so much?

Calliope Ryder: There’s people in this game as well as dogs! Sometimes it’s easy to overlook the fact that there’s some cute people to date in there too because, well, dogs. Also, Anders is a vampire. Or pirate. Depends which Reddit thread you ask.

Thank you to Calliope for taking the time to speak with us! Best Friend Forever will be released this May on PC, Mac and Switch. For more updates, check out the official BFF Twitter and Discord.