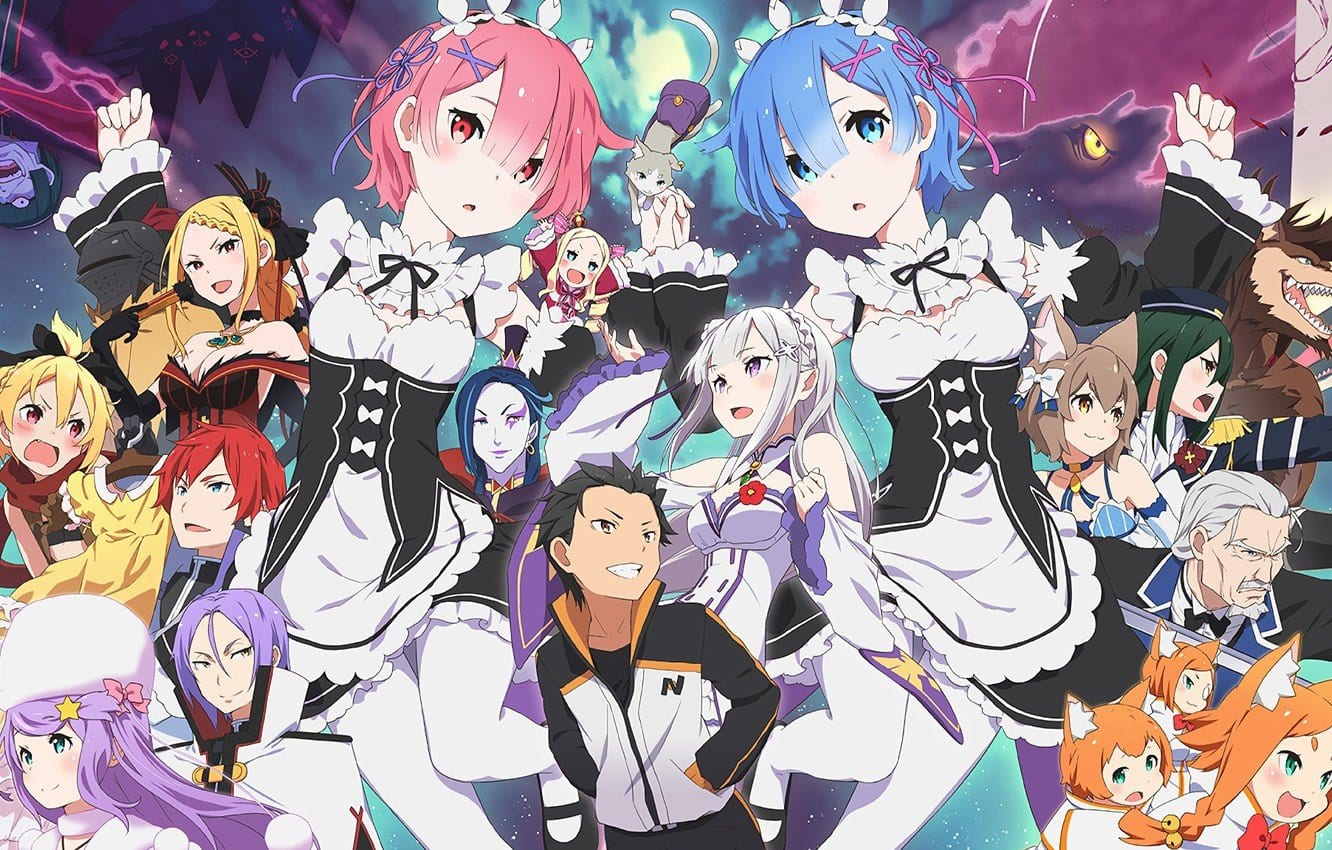 2020 brings a whole slew of brand new anime, and the year looks like it’ll be even more packed than most. There are some major series getting new seasons and even their final seasons, like Attack on Titan. Even though returning shows might be dominating the conversation, there are still some brand new ones that show definite promise. Below you’ll find the best anime of 2020 that you’ll want to keep an eye out for.

My Hero Academia is one of the top anime out there right now, and it shows no sign of slowing down. Early in 2020 fans get a treat with the franchise’s second feature film. Class 1-A, once again, takes center stage following All Might’s retirement from hero work.

With the power vacuum left by All Might’s absence, a villain named Nine finally makes his move, and puts the world in danger. Although the entire class makes an appearance, the movie heavily focuses on Deku and Bakugo, as well as their relationship.

My Hero Academia continues to be one of the strongest anime out there, and the first movie brought a lot to the table. It’ll be interesting to see if Heroes Rising can live up to its lofty expectations.

Hathaway’s Flash is a series of novels that release over three decades ago in 1989. For years now it’s seemed impossible to adapt into anime, but Sunrise is taking that challenge on in 2020 with a 3-part film adaption.

Hathaway’s Flash takes place years after Char’s Counterattack and focuses on the son of Bright Noa, Hathaway Noa. Going by the name Mafty, Hathaway forms a terrorist group to combat the atrocities enacted by the Earth Federation, who are hunting down and deporting spacenoids.

Hathaway’s Flash is exciting for a few different reasons, the first of which is that the novels are generally loved as a strong continuation of the original Gundam story. For another it lets Sunrise once again return to the Universal Century with the techniques and technology of 2020.

Previously the Gundam: The Origin films were a fantastic retelling of the rise of Char, and if Hathaway’s Flash can live up to that same quality the films could be something special.

ReZero is one of the more successful Isekai anime out there, and drew a ton of attention when it released in 2016. The show focuses on Subaru Natsuki, a young boy who does nothing but play games.

One night Subaru is suddenly summoned to a magical world, where he meets a mysterious girl named Satella. ReZero puts a fascinating twist on things, however, when Subaru is killed and learned he has the ability to undo death.

The anime is made by White Fox, the same studio behind other acclaimed adaptions like Steins;Gate and Akame ga Kill. Season 2 brings back the same cast and production team, which can hopefully help it deliver just like the first season.

Haikyu! To the Top Season 4

It’s been over three years since the third season of Haikyu!, the fantastic volleyball shonen anime. That long wait is finally ending as the fourth season will be arriving in Winter 2020.

If you’re unfamiliar with the series it focuses on a strong cast of characters in the Karasuno Boy’s volleyball team. Shoyo Hinata, a junior high student, finds a sudden love for volleyball after watching a championship match on TV, and after suffering a crushing defeat in his first match vows to make his way to the top.

The fourth season will be a two-cour one, meaning that there will be two parts with a short break in between.

It’s been a long wait for fans, and if you haven’t jump onboard yet now would be the perfect time to.

One of the biggest anime of the last decade is finally coming to an end. After the bombastic third season the world of Attack on Titan, and its characters, are in more trouble than ever before.

The only thing we’ve seen so far is a short teaser trailer with Mikasa’s voice at the end saying “Eren please come back.” If you’ve been following the manga, you know some serious stuff is about to go down.

In an anime already filled with emotion and tragedy, Attack on Titan season 4 will, hopefully, send things out on a high note.

The Promised Neverland is one of the standout series of 2019, and it hooked fans with its emotionally devastating tale. Get the tissues ready, because season 2 is set to premiere in 2020.

The Promised Neverland takes place in the year 2045, and follows a group of children living in the idyllic orphanage, Grace Field House. Three orphans named Emma, Ray, and Norman discover the horrific truth behind their life in the orphanage, and start launching a desperate plan to escape.

The manga has drawn serious attention over the last couple years, and the anime adaption by CloverWorks (Darling in the Franxx, Persona 5 The Animation) equally drew in fans last year.

For anime fans dying to see where the story goes you won’t have to wait long, as season 2 begins airing in March.

Yes we have plenty of anime returning in 2020 but there are still quite a few original series that look promising. One of those is Darwin’s Game, a dark anime that focuses on an app of the same name.

A 17-year-old boy named Kaname Sudo accepts an invitation from a friend to download the Darwin’s Game app. The app gives him a “Sigil” a special mark that will help him face off against opponents in a real-life battle royale.

Kaname realizes how deadly the events unfolding will be, and that he’ll have to kill if he wants to make it out alive.

Darwin’s Game has an absolutely fascinating premise, and the manga has built a generous fan following since it started back in 2013.

The anime is produced by Nexus, the studio behind Chivalry of a Failed Night and Granbelm. The studio definitely has talent, and hopefully that can translate to Darwin’s Game becoming a standout of the year.

Keep Your Hands Off Eizouken!

Keep Your Hands Off Eizouken is a charming manga series about three young girls who want to create anime, and end up working together to create the “ultimate world” that exists in their minds. It’s also quite weird, which means there’s no one better to help adapt it than Masaaki Yuasa, the brilliant director behind Devilman Crybaby, Space Dandy, The Tatami Galaxy, and more.

Animation is being handled by Science Saru, the studio established by Yuasu behind Devilman Crybaby, and their unique style is on full display with Eizouken.

The show looks wonderfully unique, especially with its focus on creating the ultimate world. With Yuasa’s pedigree, Eizouken could easily end up being one of the very best anime of the entire year.