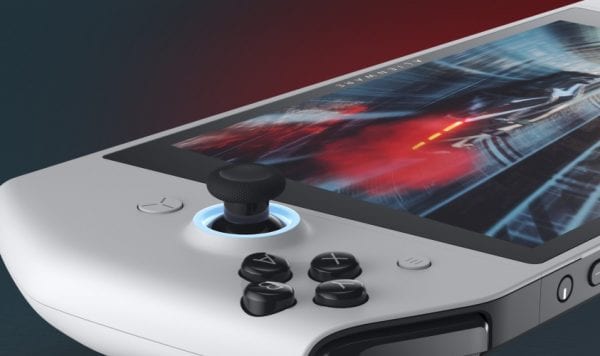 Imitation is the sincerest form of flattery, and virtually everyone wants to imitate the success of the Nintendo Switch. Who doesn’t want a hybrid console they can use at home or on the go? Well, Alienware recently revealed its bid to potentially take a piece of that pie, as well as spice it up with a dash of PC gaming.

This year’s Consumer Electronics Show (CES) only started yesterday, but Alienware might have already stolen the show with its prototype device, the Concept UFO. As its name suggests, the Concept UFO is a Switch-flavored handheld gaming prototype/proof of concept.

The UFO has several parts: an 8-inch Windows 10 gaming tablet that comes with a kickstand, two controller halves that can slot onto either side of the tablet, and a controller dock that can connect the controller halves to form a full one. While the Concept UFO borrows more than a few design elements from the Nintendo Switch, the UFO is larger and heavier, although not by much.

The Concept UFO is playable in handheld mode, tabletop mode via a kickstand, and “docked” mode (instead of an actual dock, it connects to external screens with a USB-C port). Moreover, since it is a Windows 10 device, the UFO can natively play PC games. According to reports from Laptop Mag and Tom’s Guide, the Concept UFO on display at CES includes titles such as Mortal Kombat 11, Rocket League, and World War Z.

The press release states the Concept UFO features a 10th generation Intel Core processor, but it doesn’t mention any other crucial components such as RAM, graphics card, and hard drive. However, sites such as Tech Radar claim the device might never be sold to the public since it’s, you know, a concept.

Still, if Alienware ever gets its UFO off the ground, it could give Nintendo a run for its money. We’ll just have to wait and see.